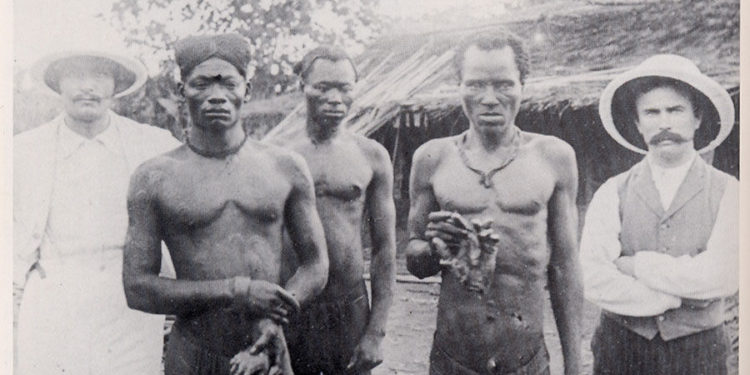 Mr. Osuji,
Your position on Slave Trading has been clear for a long time because you have been consistent. You have placed the blame, 100% of it, on the Africans.

Your position is that the Europeans /Arabs did not go into the interior of Africa to capture Africans. (https://mail.aol.com/webmail-std/en-us/suite) That the Africans did that yeoman’s job. My positions which are different from yours are (a) that in any transaction where buying and selling occurs, the seller and the buyer are equally guilty (b) that what made Slave Trade really bad was slavery, the use made of their purchased commodity. It is this use that make me place the Europeans as guiltier than the Africans. The Africans did not know how the slaves would be used and did not participate in slavery. African slaves captured during wars by Africans were treated much more humanely than they were treated in America.

By the way all people sold their people as slaves. Europeans sold fellow Europeans; Arabs sold fellow Arabs as slaves. I am sure that you know of Joseph’s brothers selling their younger upstart to the Egyptians.

Even though Europeans did not capture Africans they sailed their ships to African Coasts for the sole purpose to buy Africans, they instigated wars that resulted in capturing slaves and offered the then attractive prices (not attractive by today’s standards) for the slaves.

I can honestly say that while the Africans share the guilt in the Slave Trading the foreigners have a greater share.
You also assert that Africans claim a share of all civilizations around the world. I want to also assert that the claim is with merits. If we accept that real man started in Africa where he discovered fire (main energy supplier) domesticated plants and animals (sure food supplies), invented crude (now) but sophisticated (then) equipment for agriculture and hunting and that these were transferred to other civilizations, the claim of contributing to other civilizations seem much more solid. Would you doubt the claim that the slaves helped in no small measure the development of America?

Slave Trade has come and gone. All peoples should bow their heads in shame for this man’s inhumanity to man.

There are no angels here.