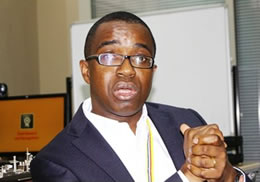 MTN Nigeria on Monday warned that should there be attacks on its facilities, it might be forced to close shop and 99 per cent of its over 6,000 workforce in the country, who are Nigerians, would be thrown into the labour market.

It also said that calls for the boycott of its services were unjustified as such an action would affect its support chain, which could cause another 500,000 Nigerians to lose their means of livelihood.

The company stated this in Lagos some hours after two groups protested in its Abuja and Benin offices against the killing of foreigners in its home country, South Africa.

According to the Corporate Service Executive, MTN Nigeria, Mr. Wale Goodluck, featured, there are only 12 expatriates working for the company in the country, compared to a workforce of 6,000 Nigerians.