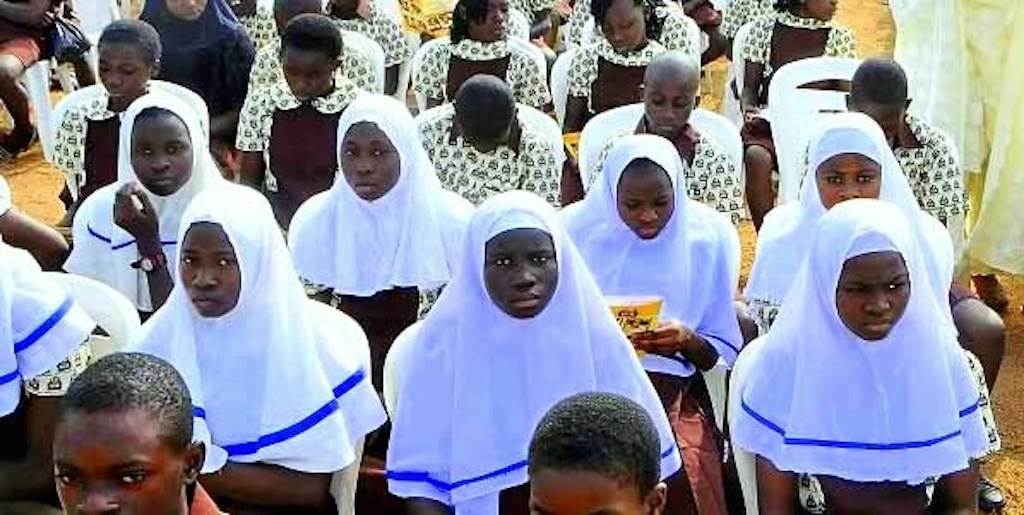 …the motives of the CAN leaders in Osun must be questioned. In whose interest are they acting? For most part, CAN played and is still playing the role of a government opposition rather than a pious body meant to instill morals and discipline on many of its followers who look up to it for leadership. A body like CAN ought to, at ALL times, promote peace and harmony, rather than seek through the back door, what it could have easily achieved in a court of law.

Much has been said in recent times about the wearing of Hijab and Church robes to school by pupils in public schools in the State of Osun; however, what has apparently been missing in the discussion is the availability of facts and logic, and for discussants to analyse the true situation of things before making their opinions public.

Before going to the crux of matter, let me lay a background to the true situation of things with regard to the recent hullaballoo amongst organisations that purport to represent the interest of diverse religious groups in the State of Osun. We have Christians represented by the Christian Association of Nigeria (CAN); Muslims, represented by the Muslim Students Society of Nigeria (MSSN); the government, led by Ogbeni Rauf Aregbesola, and other interested parties in the case.

The religious conflict got to a crescendo last week when an Osun State High Court judge, Justice Jide Falola, delivered a judgment in favour of a case instituted by the MSSN against the state government on the right of female Muslim students in state public schools to wear Hijab to their various classes. The judge declared the wearing of Hijab in public schools by female Muslim pupils as legal and appropriate.

To cut the long story short, some five students, following the instruction of the CAN leaders, wore church robes to school this week. In fact, the CAN leaders followed the pupils to schools to make sure they weren’t turned back for wearing their church robes (never mind, they didn’t carried out the action over the failure of some Christian pupils in their examinations).

Interestingly, a similar suit by the Muslim group in Lagos failed as the judge, Justice Modupe Onyeabor, ruled that the prohibition of the wearing of Hijab over school uniforms within and outside the premises of public schools was not discriminatory. According to her, the ban does not violate Sections 38 and 42 of the 1999 Constitution as claimed by the plaintiffs. The Judge also said Section 10 of the Constitution made Nigeria a secular state and that government must maintain neutrality at all times. Justice Onyeabor held that the government had a duty to preserve the secular nature of the institutions concerned as argued by the then Lagos State Solicitor-General, Mr. Lawal Pedro (SAN). Muslims in Lagos have since proceeded to the Court of Appeal where it is yet to be determined. Why should the case of Osun CAN be different? Aren’t they supposed to be the salt and light of the earth? Aren’t they supposed to be leading by example? Rather than take the legal route, CAN in the state of Osun resorted to self-help, asking students to disobey school rules by wearing unapproved uniforms. The Christians based their argument on one point; the Muslims cannot be allowed to wear hijab in ‘Christian schools’.

By Edict No. 14 of 1975, the then military government took over private/missionary schools because, according to available records, “the owners charged exorbitant fees and did not give quality education to students. School buildings were of substandard structures, unqualified teachers were employed, teaching and learning materials were inadequate, while classrooms were over-crowded.”

Muslims have been wearing Hijab to schools for a very long time. As a Christian, it doesn’t hinder my faith or ability to learn. If the CAN leadership has a problem with it, they should approach the law courts, rather than embark on actions that could cause disaffection amongst the peace loving people of Osun.

That was the summary of the situation of privately owned schools that prompted the takeover of all such schools in 1975. It should be mentioned here however that the findings of the Western State Government in 1975 was not at variance with, but a replica of one common feature of the reports of the various Educational Review Committees set up at different times in the old three main regions of Nigeria. These include the Oldman’s Report in the old North, Dike’s Report in the old East, and Banjo’s Report in the Western Region. The reports of the various committees intensely reflected the acute immobility that had characterised the inherited colonial system that involved prejudice, high handedness, religious discrimination in pupils’ enrolment, staff recruitment and the general administration of schools. Read more here.

In fact, the “Takeover of schools Validation Decree” of 1977, which still remains in force, states that, “the hold of government on those schools has afforded the government to be able to provide sustained education to the mass majority of the Nigerian public at an affordable cost, without RELIGIOUS DISCRIMINATION AND BIAS”.

What this means is that there are no Christian or Muslim schools in Osun. There are only PUBLIC schools. The government back in 1976 resolved to keep the names given by the missionaries. That is why you have public schools bearing names such as Ede Muslim Grammar School, Baptist High School, etc. The schools may bear religious names, but they belong to the government/public. It is being financed with public funds. Most of the schools now wear new looks, and have modern learning equipment paid for by ALL citizens of Osun, which include Christians, Muslims, Traditional Worshippers, Agnostics and Atheists alike.

Therefore, the schools Christians are laying claim to are government schools. They were acquired from diverse sources: religious bodies, individuals, communities, groups, etc in 1975. That was 41 years ago. But for the five students of Baptist High School, Adeeke, Iwo, many Christian pupils in Osun ignored the CAN leadership, toeing the path of decorum and civility. In truth, the schools compound where the orchestrated drama took place housed three schools with a combined population of about 3000 students and we saw no other student wear unapproved garments to school.

Even though Ogbeni has reiterated his stand on the matter, when he said at an event earlier this week that, “It is not the business of any government, through the schools, to lead a child in a particular religious direction. That will be for parents and religious institutions, in private capacity, until the child is grown enough to make a decision on religion. He further said, “The government cannot support or be seen to be supporting a particular religion. The government is a democracy, not a theocracy. I believe also that parents and society should complement the government in shaping the minds of the pupils to be receptive to knowledge and godly character formation; to be sensitive to the need of others, the plurality of our society and the imperative of mutual toleration. They should also be brought up to be team players, even when in a competitive environment. It amounts to subversion of the educational needs of a child for them to be drawn into and used for political purposes.”

Despite this reassurance from the state governor, CAN went ahead to carry out its provocative threat. Going forward, the motives of the CAN leaders in Osun must be questioned. In whose interest are they acting? For most part, CAN played and is still playing the role of a government opposition rather than a pious body meant to instill morals and discipline on many of its followers who look up to it for leadership. A body like CAN ought to, at ALL times, promote peace and harmony, rather than seek through the back door, what it could have easily achieved in a court of law.

Thank God other citizens did not take the law into their own hands. Imagine if the traditional worshippers – many of whom are in abundance in Osun – decide to start wearing traditional robes such as Bante, Ifunpa, Ofi, etc. Or imagine, for a minute, adherents of Osun religion demanding the wearing of white uniforms only, with white beads to school? Or, children of Sango worshippers, in another instance, insisting on wearing red caps to school, with earrings in the ears of their boys?

Muslims have been wearing Hijab to schools for a very long time. As a Christian, it doesn’t hinder my faith or ability to learn. If the CAN leadership has a problem with it, they should approach the law courts, rather than embark on actions that could cause disaffection amongst the peace loving people of Osun.