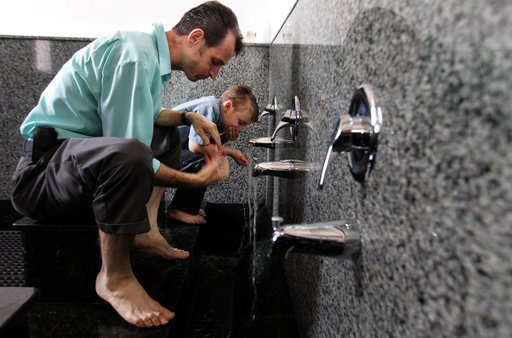 The Prophet Muhammad (PBUH) is an inspiration to hundreds of millions of people around the world. 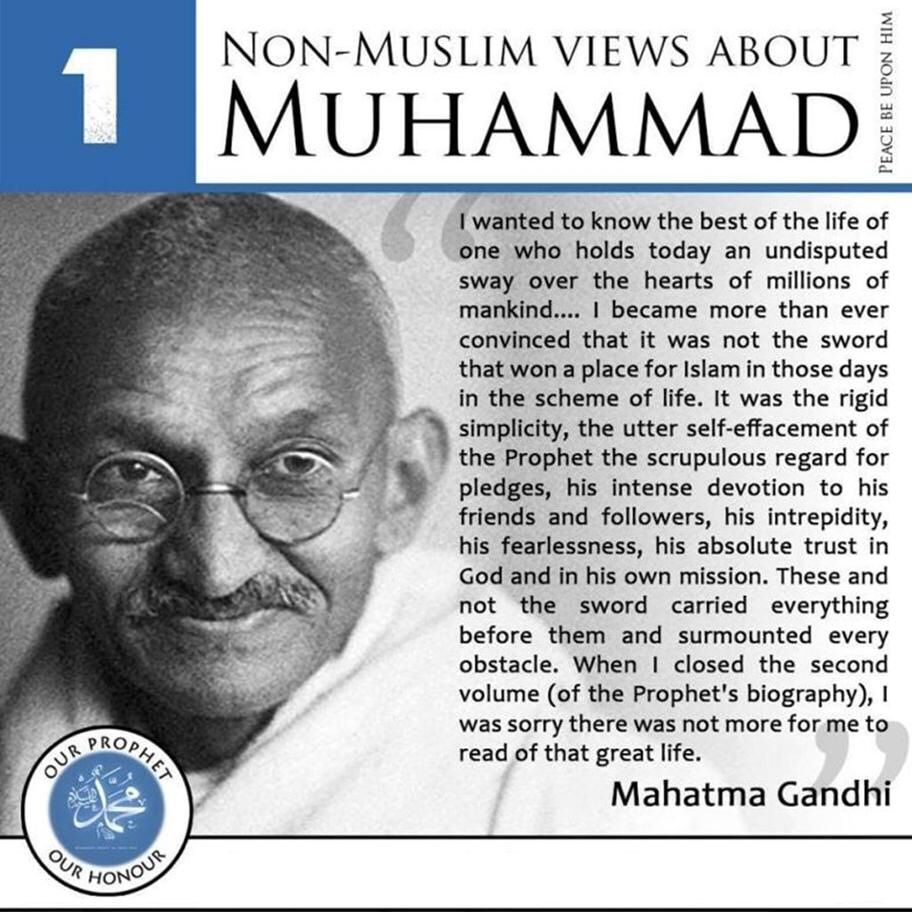 “A Muslim who plants a tree or sows a field, from which man, birds and animals can eat, is committing an act of charity.” (Muslim)

“There is a polish for everything that takes away rust; and the polish for the heart is the remembrance of Allah.” (Bukhari)

“What actions are most excellent? To gladden the heart of human beings, to feed the hungry, to help the afflicted, to lighten the sorrow of the sorrowful, and to remove the sufferings of the injured.” (Bukhari)

“The most excellent Jihad is that for the conquest of self.” (Bukhari)

“If you put your whole trust in Allah, as you ought, He most certainly will satisfy your needs, as He satisfies those of the birds. They come out hungry in the morning, but return full to their nests.” (Tirmidhi) 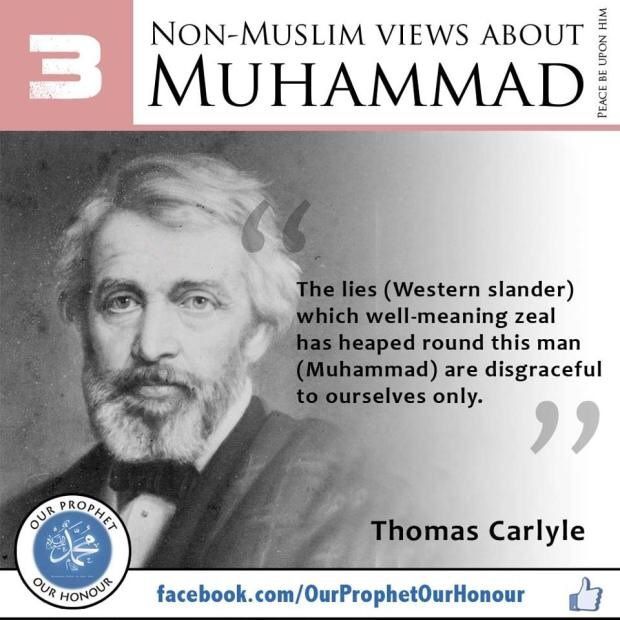 “Say what is true, although it may be bitter and displeasing to people.” (Baihaqi)

“Kindness is a mark of faith, and whoever is not kind has no faith.” (Muslim)

“When you see a person who has been given more than you in money and beauty, look to those, who have been given less.” (Muslim) 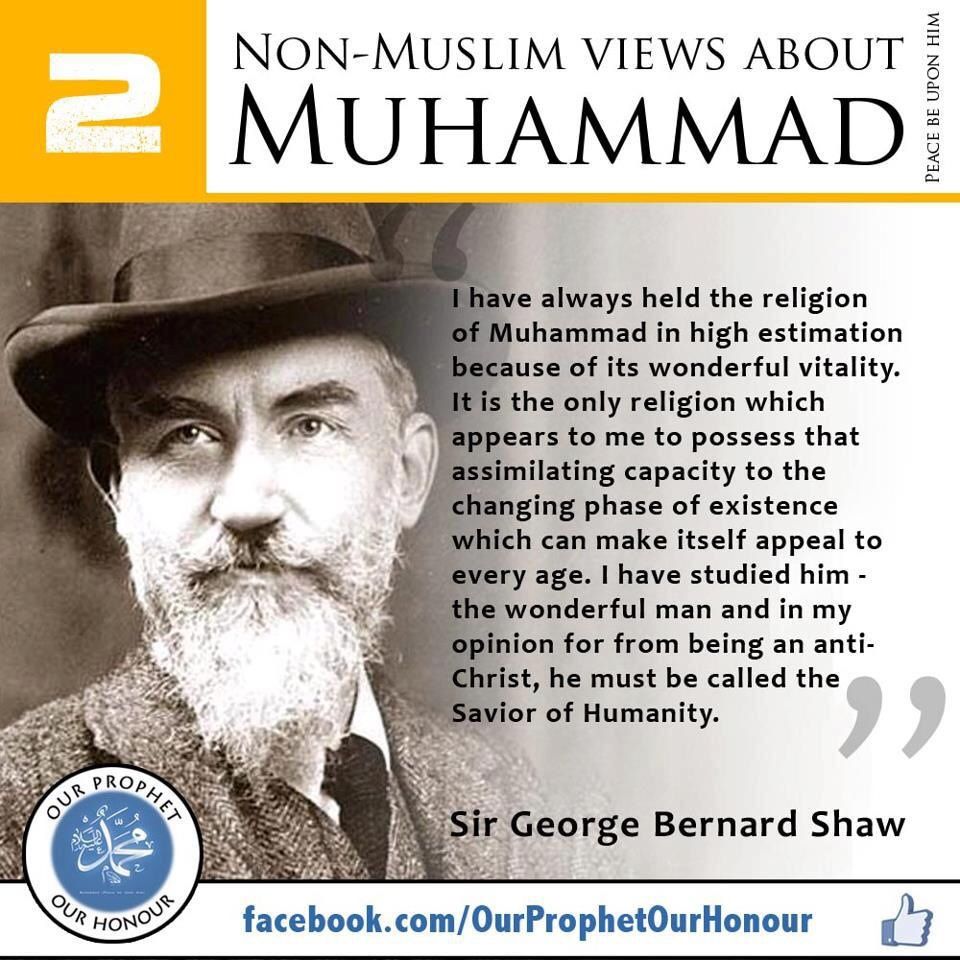 If you do not feel ashamed of anything, then you can do whatever you like.” (Abu-Masud: Bukhari)

“Verily, a man teaching his child manners is better than giving one bushel of grain in alms.” (Muslim)

“Whoever is kind, Allah will be kind to him; therefore be kind to man on the earth. He who is in heaven will show mercy on you.” (Abu Dawud: Tirmidhi)

“It is difficult for a man laden with riches to climb the steep path, that leads to bliss.” (Muslim) 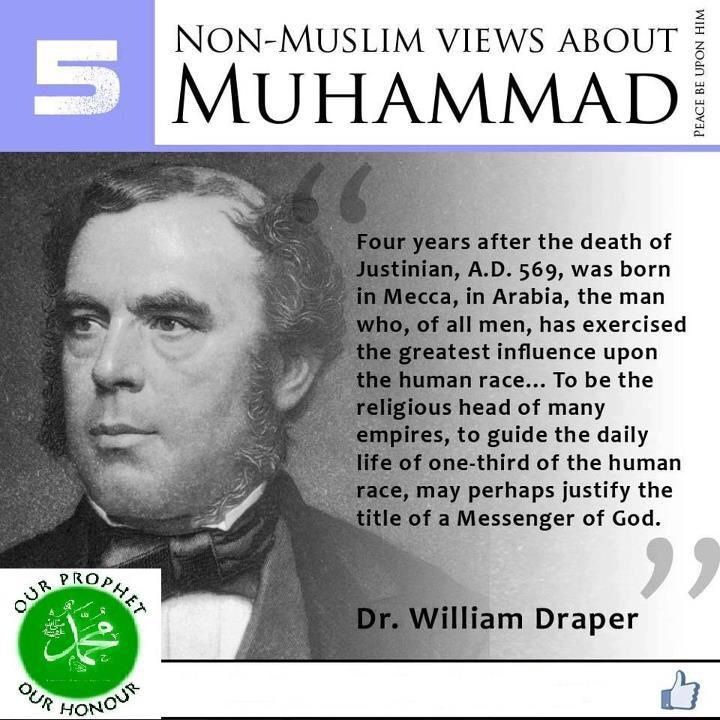 “The best of you are those who are best to the women.” (Tirmidhi)

“Once a man, who was passing through a road, found a branch of a tree with thorns obstructing it. The man removed the thorns from the way. Allah thanked him and forgave his sins.” (Bukhari)

“Who are the learned? Those who practice what they know.” (Bukhari)

“Allah has revealed to me, that you must be humble. No one should boast over one another, and no one should oppress another.” (Iyad b. Hinar al-Mujashi: Muslim)

“A true Muslim is thankful to Allah in prosperity, and resigned to His will in adversity.” (Muslim)

“A Muslim who meets with others and shares their burdens is better than one who lives a life of seclusion and contemplation.”(Muslim)

“Serve Allah, as you would if you could see Him; although you cannot see Him, He can see you.” (Umar: Muslim)

“Allah does not look at your appearance or your possessions; but He looks at your heart and your deeds.” (Abu Huraira: Muslim)

“The best richness is the richness of the soul.” (Bukhari)

“Keep yourselves far from envy; because it eats up and takes away good actions, like a fire eats up and burns wood.” (Abu Dawud)

“Much silence and a good disposition, there are no two things better than these.” (Bukhari)

“Verily, Allah is mild and is fond of mildness, and He gives to the mild what He does not give to the harsh.” (Muslim)

“Once the Prophet was asked: “Tell us, which action is dearest to Allah?” He answered: “To say your prayer at its proper time.” Again he was asked: “What comes next?” Mohammad said: “To show kindness to parents.” “Then what?” he was asked, “To strive for the cause of Allah!” (Ibn Masad: Bukhari) 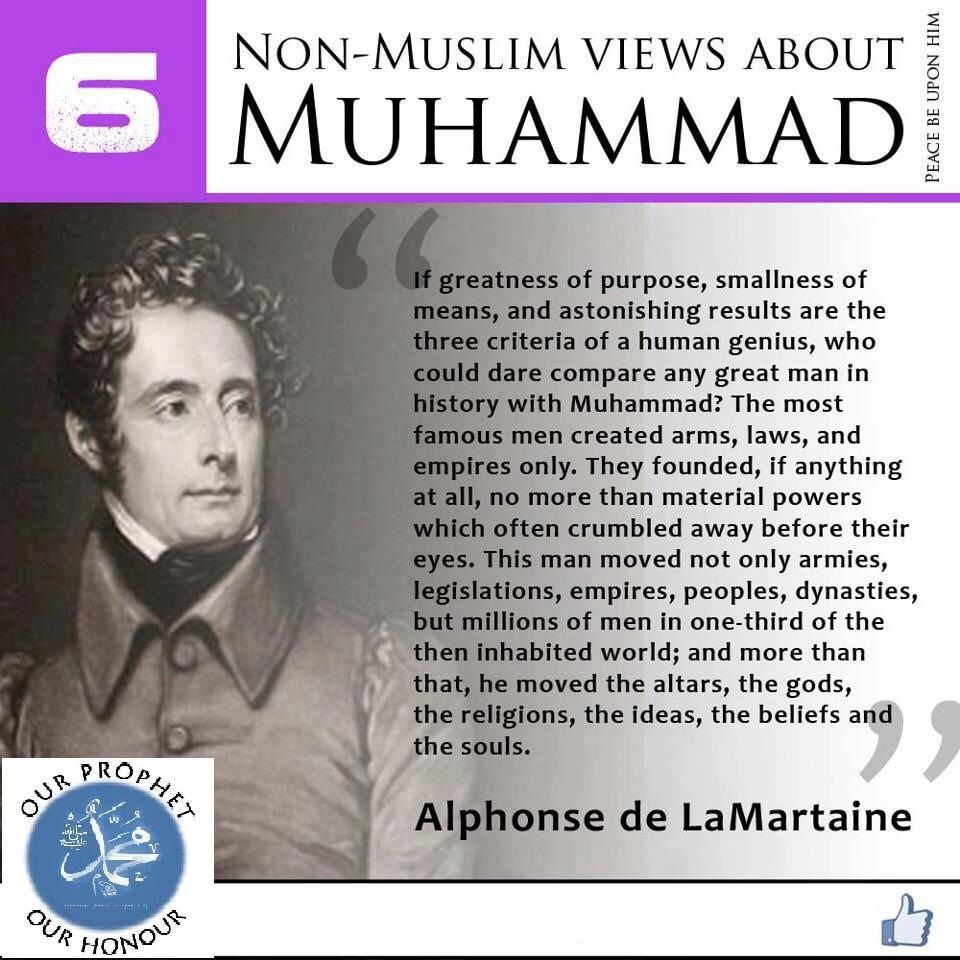 “When two persons are together, two of them must not whisper to each other, without letting the third hear; because it would hurt him.” (Bukhari & Muslim)

“Verily, it is one of the respects to Allah to honor an old man.” (Bukhari)

“I command you to treat women kindly…” (Bukhari)

“All Muslims are like a foundation, each strengthening the other; in such a way they do support each other.” (Abu Musa: Bukhari & Muslim)

“Strive always to excel in virtue and truth.” (Bukhari)

“You will not enter paradise until you have faith; and you will not complete your faith till you love one another.” (Muslim)

“He, who wishes to enter paradise at the best gate, must please his father and mother.” (Bukhari & Muslim)

“I am leaving two things among you, and if you cling to them firmly you will never go astray; one is the Book of Allah and the other is my way of life.” (Last Sermon on the Mount)

“Allah is One and likes Unity.” (Muslim)

“The best of alms is that, which the right hand gives and the left hand knows not of.” (Bukhari)

“To strive for the cause of Allah from daybreak to noon and sunset is better than the goods and enjoyment of the whole worldly life.” (Bukhari)

“Be not like the hypocrite who, when he talks, tells lies; when he gives a promise, he breaks it; and when he is trusted, he proves dishonest.” (Bukhari & Muslim)

“The proof of a Muslim’s sincerity is, that he pays no heed to that, which is not his business.” (Abu Hureira: Tirmidhi)

“Do you know what is better than charity and fasting and prayer? It is keeping peace and good relations between people, as quarrels and bad feelings destroy mankind.” (Muslims & Bukhari)

“Conduct yourself in this world, as if you are here to stay forever; prepare for eternity as if you have to die tomorrow.” (Bukhari)

“The human being does not fill up any vessel worse than his stomach.” (Tirmidhi)

“The worldly comforts are not for me. I am like a traveler, who takes a rest under a tree in the shade and then goes on his way.” (Tirmidhi)

“Women are the twin halves of men.” (Tirmidhi)

“A father gives his child nothing better than a good education.” (Tirmidhi)

“The seeking of knowledge is obligatory for every Muslim.” (Tirmidhi)

Let us know in the comments section below which is your favourite saying of Prophet Muhammad – Peace be upon him and all the Prophets.Abdulmumin Abubakar Gana Bulangu.