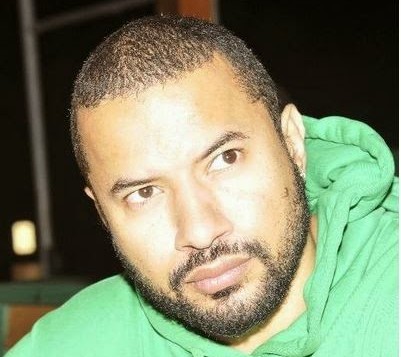 After failing to blackmail Linda Ikeji, Mukhtar ‘Mr. Aye Dee’ Daniyan, a Twitter predator, seeks out another victim, this time Bola Tinubu but it is a journey that has ended even before it began.

The man, who canonized his name and sought to change it from Daniyan to Dan’Iyan, a.k.a. @Mrayedee, never rests nor slumbers in his relentless search for a prey, someone to blackmail. He has been around for  a long time, since the days of the struggle against dictatorship but while others fought at the battlefront, he was at the rear with the “gang of four” as described by Prof. Wole Soyinka, sabotaging the efforts of the team and seeking to profit from the struggle.

Here is more of what Prof. Soyinka had to say about ‘Mr. Aye Dee’ in his memoir, “You Must Set Forth at Dawn”:

“One was a self-hating Igbira, a minority tribe from the Nigerian hinterland, whose yearning to be mistaken for a Fulani aristocratic scion had resulted in his changing his name from Daniyan to Dan’Iyan. Partnering him was an ambitious youth from Swarthmore College, Jude Uzowanne. The third member was a labor unionist from Edo in southern Nigeria, Tunde Okorodudu, an activist in his own right who fell under the spell of the fourth member and center of intrigue, the liaison officer for the U.S. Boston chapter, Maureen Idehen, a pharmacist who had worked closely with me and was central to the coordination of activities for much of the United States. Together, this Gang of Four—the accolade was spontaneously bestowed—succeeded in serving a timely lesson on the power lust even among a yet inchoate formation that sought to curb power at its most virulent and malignant. It was a low point in the career of the anti-Abacha movement, suddenly compelled to confront the banal distractions of trite intrigues and personal ambitions. Expelling the miscreants took its toll. The liaison officer, the Boston-based Maureen Idehen, made off with our scant funds, leaving behind a trail of bad checks.”

Enter @MrAyeAee, the Twitter handle he now deploys as weapon to move from prey to prey, victim to victim, to destroy reputations and pass old, fake and fallacious information over to an unsuspecting public as the gospel truth. He has employed his IT knowledge in the most dubious schemes. But Google has found an answer to his type, thanks to the Linda Ikeji saga that exposed him as a cyber predator and serial blackmailer.

Ayedee or Dan’Iyan covertly and overtly worked to destroy Linda Ikeji, accusing her of plagiarism. Imagine the chief plagiarer pointing fingers. He got Linda’s blog shut down. He thought he could destroy her reputation. Bur he failed as most blackmailers do. Days after, in an unprecedented decision, Google decided to bring Linda back. Exposed, AyeDee has moved to another prey. This time he is looking for big money and big attention. He has chosen the wrong person to blackmail in Bola Tinubu.

Digging up court documents nearly 20 years old whose veracity are yet to be confirmed, AyeDee has been all over Twitter and Google Plus, slicing up false, old and unverified statements and reports to blackmail Tinubu and his family. Many would want to ask, ‘Why now? Why dig up an open and shut case from the US courts even if it was true?”

Let’s for the sake of argument agree that such court decisions exist and Tinubu was mentioned. Was he ever convicted? No. He was never. The US government sought for a settlement because they could not prove their case against him. Period. So, whose interest is ‘Mr. AyeDee’ serving by bringing up documents about a case they is closed and that has been denied by those mentioned. They were allegations that the US could not proof.

‘Mr. AyeDee’ no doubt has pay masters namely, Musliu Obanikoro, whose credit card crime remain on the books. I challenge him to travel to the USA today if he will not be apprehended. I am willing to buy him a first class return ticket.

Tinubu today travels in and out of America without any one stopping him. HE TRAVELS IN AND OUT OF EUROPE without anyone stopping him. He is invited and visited to international functions in the USA and Europe. He is well respected. His democratic credentials are unquestionable. A towering figure in Nigerian politics. Tinubu’s place is secured and no amount of regurgitation by the likes of Mukhtar ‘Mr. Aye Dee’ Daniyan can change that.