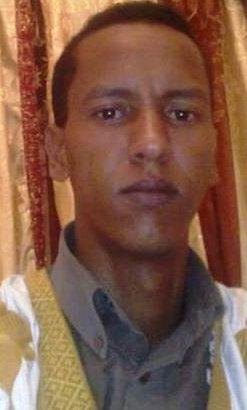 (Reuters) – Muslim clerics in Mauritania on Sunday urged the authorities to execute a blogger who was sentenced to death in 2014 for apostasy after writing a blog post on Islam and racial discrimination.

Mohamed Ould Cheikh Ould Mkhaitir’s article touched a nerve in Mauritania, a West African country with deep social and racial divisions. He was tried for apostasy and received the death penalty despite having repented and saying his article was misunderstood.

According to the U.S.-based Freedom Now rights group who provide Mkhaitir with legal counsel, the blog post appears to have been the first he published. Prior to his arrest he worked as an engineer for a mining company and was not an activist, Freedom Now said on its website.

Mauritania has not applied a death penalty since 1987 but on Sunday, the influential Forum of Imams and Ulemas on issued a fatwa, or Islamic decree, calling for Mkhaitir to be killed.

It condemned “Mkhaitir and his heresy, recalling that the legal penalty in his case is death, with no exception made for his repentance,” according to a statement.

“We demand that the competent authorities apply the law: kill him and bury him in conformity with the law of God.”

Rights groups like Amnesty International and Reporters without Borders have campaigned for Mkhaitir’s pardon and release.

The article over which M’kheitir was accused of “speaking lightly of the Prophet” is Religion and religiosity for “Maalemine” (“الدين و التدين و “لمعلمين). (While derived from the high Arabic for ‘teacher’, maalemine in the Mauritanian context refers to usually darker-skinned people descended from blacksmiths, carpenters and other skilled laborers regarded as “low caste” and still subject to discrimination.)

The piece discusses religious double-standards, including how scriptural narration and the biography of the prophet Muhammad may act to normalize slavery. Mauritania has outlawed slavery but the caste-based system of indentured servitude is ongoing, and the authorities have frequently harassed campaigners who work to end the practice.

In the article, M’kheitir compared the ongoing oppression in Mauritania, to the Prophet Muhammad’s own treatment of the Jews of the Hijaz, and questioned other decisions and strategies of the Prophet Muhammad at war. In particular, the article begins by distinguishing religion itself from the claim of religious behavior, then presents stories from Islamic narration, questioning why, in one story, a freed black slave who tried to kill a cousin of Muhammad appears to be unforgivable, whereas others committing similar acts were forgiven. M’kheitir again questions the justice of the Prophet in relation to the story of two tribes; one of them, the Quriash (from which the writer himself descends), the second the Banu Quraidah, primarily Jews. While the Quriash fought against Muhammad, the Banu Quraidah did not, but when Muhammad took Mecca he pardoned Quriash, and killed the Banu Quraidah, calling them pigs and monkeys.

The article concludes by asking Mauritanians to be honest and to admit that religion, religious books, and clerics play a role on all the social issues including issue of slavery, which he refers to by reference to Haratin (a “low caste” ethnic group still enslaved, or informally dependent and indentured to former masters).