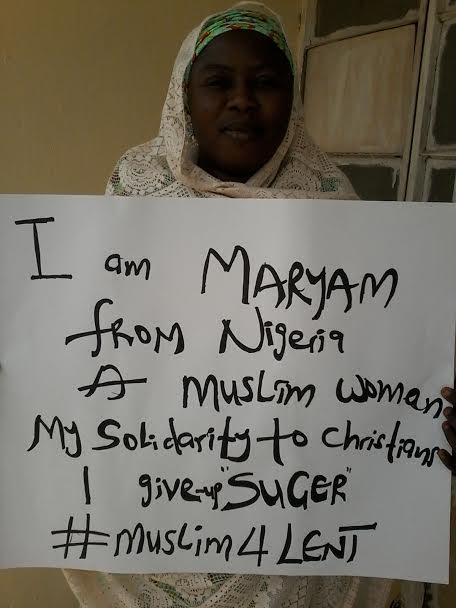 There is no doubt, that In a bid to promote inter-religious tolerance and better understanding among different faith base organization across the 36 states of Nigeria, and on the other hand while trying finding all means of tackling all forms of ethno-religious, political crisis bedeviling peace stability in the country.

For the first time, Some Nigerian Muslims stand in solidarity with Christians on social media Platform by Twitting and posting on Facebooks, Instalgram, YOUTUBE, LinkedIn, Google+, Vimeo, Live-Streaming, Microblogging, Periscope, Blogging on what they will give-up until the completion of the 40days fasting ,as a sign of total solidarity with Christians round the world” which is aim at boosting mutual respect, love, forgiveness, and encouraging peaceful co-existence in all African countries.

According to the Muslims on social media #NigerianMuslims4Lent, This is just to let Christians knows that Muslims are their best friends and brothers not enemies “Cause both were One family under God, and Adams and Eve were original biological parents, and both believed in holy scriptures which are Bible and Qur’an” and worshipped one God”and believed in Paradise and Hell ,and also believed in meeting God one day on the result of what he/she reap what you sow for final judgment.” 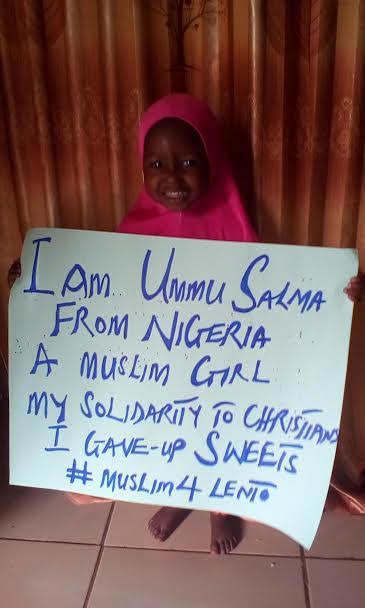 For the past last Two-weeks Christians everywhere have been deciding what they’ll be doing as penance in preparation for Easter through total devotion during the Lenten period, and In a display of solidarity and interfaith appreciation, some Muslims are pledging to fast alongside their Christian neighbors this year, so as to support inter-religious tolerance and better understanding among different faith base organization.

Maryam Abubakar is the initiator who lunched the campaign in Nigeria using the hashtag #Nigerian Muslims4 Lent and has promoted it in her Facebook page since the beginning of the lent, and she has been motivating her friends Muslims to join the campaign ,in other to encourage more and more Muslims participating in the 40 days as a solidarity to their Christians counterpart.

According to Maryan “This is to show case the true teachings of Islam: peace, unity, and co-existence, Tolerance, forgiveness and learnt to accommodate everyone irrespective of his Religious, ethics, norms and value”.

Maryam Pointed out that some of her Muslims friends has promised abandoning eating chocolate, smoking Cigarette, Dancing, unnecessary make-up, stop taking Sugar, at the same times some has stop listening to radio and watching TV, while some decided to stay- up social media for the 40 days till Lenten season is over, so that they can join their friends and colleagues in celebrating Easter together. 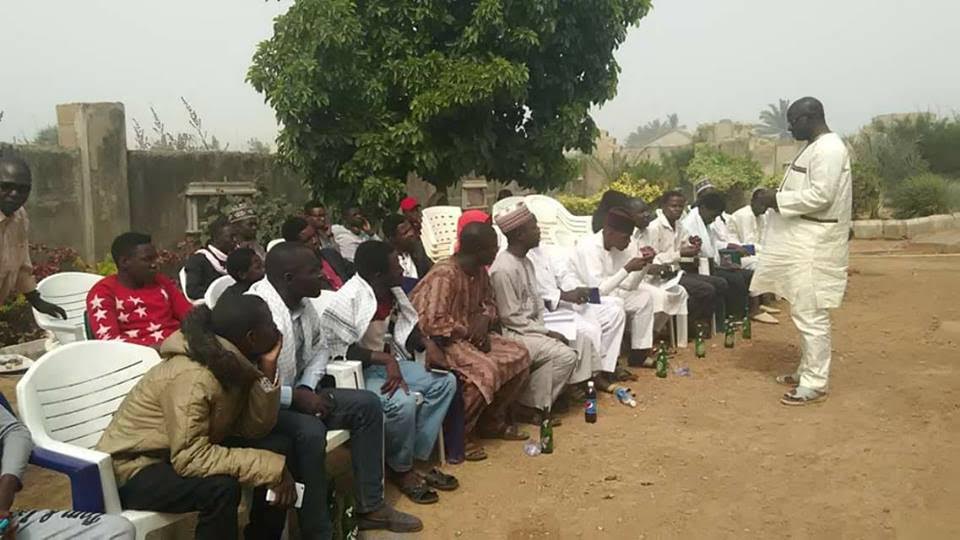 Ummi Salma is another Girl from Kaduna city of Northern Nigeria, who decided to give-up taking “sweet” throughout the 40 days, Till the lent is over, which according to her is a way to show love to their neighbor “the Christian” which explain the true color of Islam “Islam is a religion of peace “and this will boost inter-faith and harmony activities across the African region.

Hajiya Ramatu Tijjani who is a peace ambassador in Nigeria said,my solidarity to my Christian brothers and sister at lent,I will stop drinking “Lipton and Café and Bread”till the lent is over,and am doing this to encourage them in the 40 days fasting, because they also encourage me during the 30 days of Ramadan through some words of courage.

On the other hand, A Team of Muslims Youth, Scholars and Traditional Title holders join their Christian counterpart in breaking lent at a pastor Yohanna Buru’s home.

The team was headed by Mallam Gambo Abdullahi Barnawa who is a popular peace preacher and he appealed to both Christians and Muslims to always pray for one another, stressing that it was only in an atmosphere of peace and harmony, love and tolerance that people can worship their God and be blessed. With plenty reward.

Mallam Gambo said “Muslims joined their Christians brothers in breaking their lent fast in Kaduna, in the spirit of promoting togetherness, love, peace and better understanding between different faith base-organization, Through strengthen inter-and intra-religious effort and strategies in preventing/countering violent extremism and promoting conflict prevention, with the aims of encouraging inter-religious tolerance”.

Gambo said During our holy month of Ramadan, the Christian clerics usually visit us and join us with other Christian leaders and Muslims in breaking the Ramadan fast with Christian inside our holy mosques, and the Christian do visit some of our Top Islamic scholars at home and sometimes at their places of worship to greet each other and Eat together to strengthening peace and unity.

Responding, the General Overseer Of Christ Evangelical Intercessory Fellowship Ministry, Kaduna, Pastor Yohanna Buru, said the aim of inviting Muslims to his house ,is to break the fast together with Christians , and the objectives was to promote peace and better understanding among different faith organizations in the state and the rest of the states across the nation.

Pastor Yohanna Buru in conclusion pointed out clearly that , the significance of the Lent, including Ash Wednesday, and was able to remind Christian faithful, that they were made up of dust and that unto dust they must return, adding that there was the need for them to fast, pray, forgive, assist the needy, donate food and give Alms , and gives total devote to the reading of the holy bible

Buru finally warns Christians to desist from any act of sins from the beginning to the ending of the 40 days fasting, and urged them to redoubled prayer for the country, peace and stability, calling on southern Kaduna people to support Government agenda in returning peace in the region.