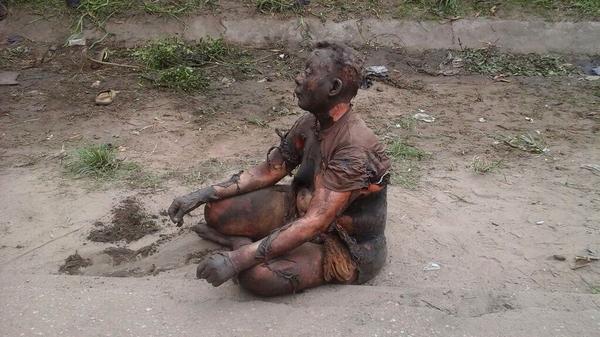 Report reaching our newsroom says a bird has allegedly transformed into a woman after falling from a high tension electricity pole in Cappa area of Oshodi, Lagos.

Our correspondent gathered from the online (twitter) community that mob attempted to lynch the woman who allegedly transformed from a bird to a being but were prevented by the police.

Meanwhile, traffic is building up at the scene as crowds gather to catch a glimpse of the bird that turned into a woman.