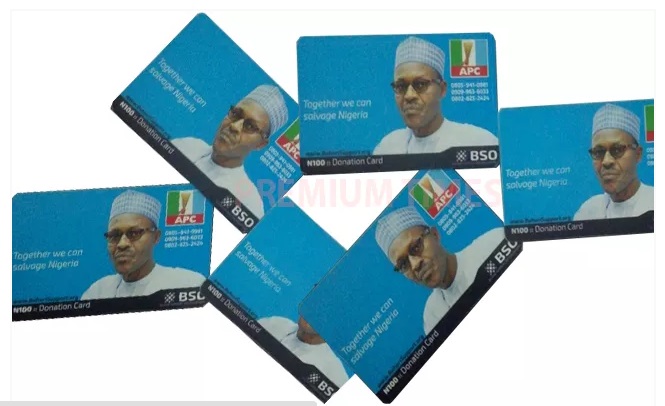 A shortage of the scratch cards for donations to the All Progressives Congress, APC, presidential candidate, Muhammadu Buhari’s campaign has hit Adamawa.

The first batch of N3 million worth of scratch cards that arrived the state capital, Yola, last week sold out in less than 24 hours.

The chairman of the Buhari Campaign Organization, Ibrahim Waziri, who confirmed the development said fresh supply was on its way.

Mr. Waziri said as soon the organisation would inform the public of fresh supply which should come into the state by Friday.

He apologized to Mr. Buhari’s supporters in the state and vowed that measures would be taken to avert future shortages.

Meanwhile, the supporters have complained of the shortage, saying it affected their desire to contribute to Mr. Buhari’s campaign.

They said buying the cards was the easiest way to contribute when compared to going to a bank to make a deposit.

“As a KEKE NAPEP operator, I prefer the card instead of going to queue in the bank for hours trying to contribute” Ibrahim Ladan said.

Buba Ishaku, an APC supporter in Jada Local Government, said there were many supporters in the rural areas eager to buy the card.

“The campaign organization needs to know that we need a huge supply so that the card can reach everywhere in Adamawa,” Mr. Ishaku said.