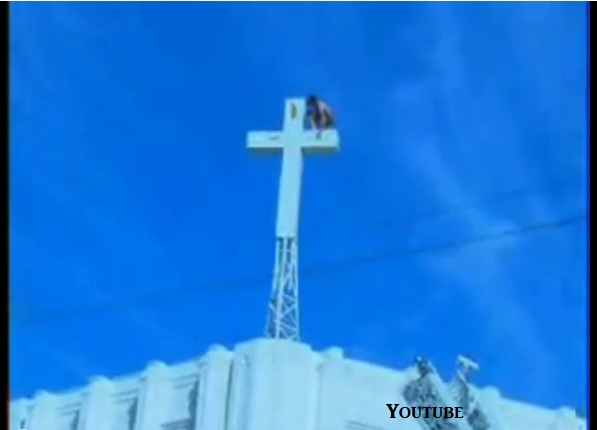 NewsRescue– This horrific story that happened sometime in 2009 is resurrecting in the blog o-sphere and is stirring grave reaction. In the video below, a ‘Navid-Jewish,’ man protests against Christianity, as he referred to his actions, by climbing up  a Church cross, stripping naked and then defecating and wiping his feces all over the cross.

He was begged to come down by neighbors, but he refused, stating his protest against Christianity. After police came, he requested a towel to wipe his hands and still refused to dismount. According to the report, he was at-top the cross for over 3 hours.

The Jewish faith are known not to believe that Jesus was the true messiah. Jews still await the  ‘first’ coming of the Messiah.