SaharaReporters has just caught Nigeria’s former Vice president Namadi Sambo secretly recovering from surgery in the US. It would have been expected for a recent former public officer who risked not surviving surgery as is a listed complication and would not be able to walk for several months to have told the country of his sojourn to the United States for major surgery, but no.

People have been commenting that all Jonathan’s men who wished Buhari ill are suffering more than him at their young age and even dying.

Here is the story:

Nigeria’s immediate past Vice President, Namadi Sambo, is recuperating in the United States after undergoing a complex surgery to save his leg from amputation.

A source told SaharaReporters that Mr. Sambo is currently in the Washington, DC area after a surgery to repair a severe knee ligament disorder that almost resulted in the amputation of one of his legs below the knee. Before becoming Vice President to former President Goodluck Jonathan, Mr. Sambo had served as the governor of Kaduna State.

“The former Vice President, Architect Namadi Sambo, visited or consulted several hospitals in the US before he was admitted by a DC-area hospital for an extensive ligament reconstructive surgery,” said our source, a Nigerian diplomat. He added that Mr. Sambo’s surgery took place in mid-August. He said the former vice president was in intensive rehab for several weeks after the surgery.

“He was not able to walk for some weeks due to the nature of the surgery,” our source said. 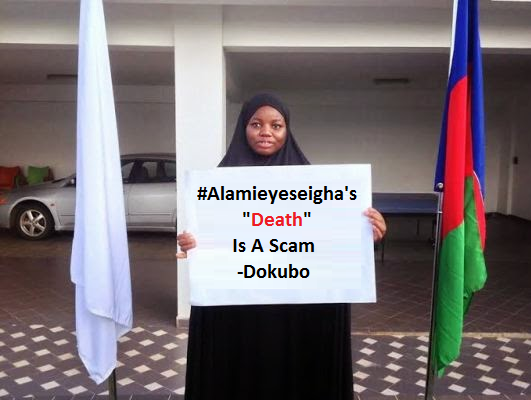 Mr. Sambo remains in the Maryland area where he continues to recuperate and to undergo extensive physical therapy to help restore his ability to walk normally again. SR