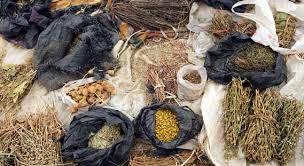 The National Association of Nigeria Traditional Medicine Practitioners says it board of trustees has no power in any way to conduct elections of the association adding that one Adrew Anyanwu aka Akarahi has being paraded by the board of trustees as their president is not even a registered member of NANTMP if he has let him prove it.

The secretary general of nantmp Chief Dr.Nwachukwu Charles O.C said the president who is know members of nantmp is Dr.Ibrahim Dada Nakowa from lambata in Gurara local government of Niger State.

He said the board of Trustees of NANTMP may face charge of contempt of court having flouted the order of a federal high court by conducting election without vacating the court order.