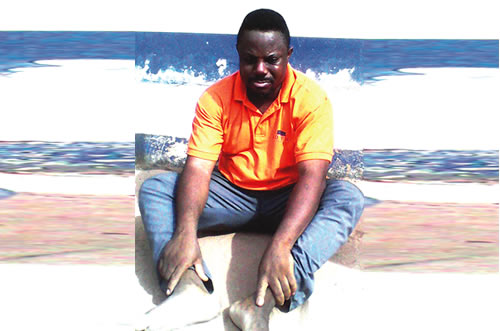 The Nasarawa State Police command on Monday arrested a 46 year-old pastor, Ifeanyi Bernard, for allegedly raping a 13-year-old girl in the Karu Local Government Area of the state.

According to police authorities, the alleged rape took place on November 3 when the pastor was performing deliverance on the teenager.

However, the pastor described the incident as the handiwork of the devil.

While parading the suspect at the Criminal Investigative Department, the Commissioner of Police, Mr. Sani Mohammed, said the suspect was apprehended following a report by the father of the victim, Mr. Martins Ijiwo.

According to the police, the cleric, who lives in the Alikima Mararaba area of the state, lured the victim into his house under the pretext of casting out demons from her.

The police boss said the cleric allegedly pushed her to his bed and raped her repeatedly.

The commissioner said the suspect threatened to kill the victim if she reported the incident to any member of her family.

However, when the father of the girl learnt of the incident, he reported the matter to the police. The police subsequently stormed the pastor’s home and arrested him.

Policemen also recovered bottles of anointing oil from the suspect’s home as well as a bedspread.

The CP said, “The pastor took advantage of his closeness to the girl’s family – who are members of his congregation – to rape their 13-year-old daughter under the guise of casting out demons from her.”

While speaking with our correspondent at the police command, the pastor confessed to the crime, adding that he didn’t know what came over him when he committed the crime.

He said, “I had been into evangelism for some years now and I have been casting out demons from people who have spiritual and family problems before I met this young girl through her father, Mr. Martins Ijiwo.

“I have been a friend of the family for quite some time.

“I used my anointing oil to lure her into my room and all of a sudden, I was carried away and before I knew what was happening, I saw myself making love to her.”

“We collected the sum of N7m from the Taiwanese before releasing him,” the suspects said.

It was learnt, however, that the police were only able to recover N750, 000 from the suspects.