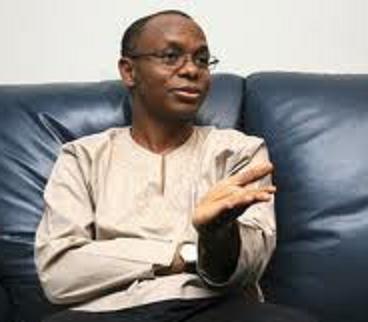 I still recall how one of my sons behaved before going into kindergarten. He did not know how to share toys or food, threw tantrums whenever he failed to get his way or insulted his siblings or sulked when criticized. With years of parental effort at home, and intervention of handlers in nursery school, our son learnt the virtues of sharing, inclusion and getting along with those that he disagreed with. I guess this is the experience of many parents. I have always wondered what manner of person would resort to abuse, bigotry and division when his or her conduct and utterances are interrogated, instead of simply responding in civilized language. APC chairman Bisi Akande’s characterization of Jonathan as a kindergarten president explained everything. And surrounded with equally parochial, morally-flexible handlers, one is bound to read the kind of falsehood that emanates from the likes of Reuben Abati from time to time.

It was Aeschylus, the ancient Greek dramatist who said, “In war, truth is the first casualty”. Thank God, despite the provocations of the Dokubos and the Clarks, Nigeria is not at war, but the presidency and presidential hangers-on have distorted democratic politics into some sort of warfare. President Goodluck Jonathan’s response to an interview I granted over the weekend is indicative that truth has become a casualty in his shoddy attempt to belittle the salient issues concerning Nigeria that I spoke about, and the weighty fact that the president is the promoter and apostle of ethnic and religious division of Nigeria, purely for political gains!

For the records, I was featured on Liberty Radio’s Guest of the Week where I spoke on a number of issues, including the fact that the proceeds from crude oil theft (as confirmed by the Bayelsa state governor, Seriake Dickson) were being used to procure arms to wage war on Nigeria in the event that Jonathan lost his re-election bid in 2015. I also stated that, “PDP has become a virus that is infecting and destroying the country because they are not doing anything productive. They have changed our politics into that of ethnicity and religion to divert attention from their incompetence, lack of capacity and looting of the treasury”.

Instead of addressing the issues I raised, presidential spokesman Reuben Abati chose to muddle the discussion and confuse the public. According to a report issued by Governance and Sustainable Initiatives Ltd., entitled Analysis and Lessons of the Current Geopolitical Distribution of Federal Appointments, the Jonathan administration is said to have favoured his home state of Bayelsa 200% times more than the next states with the highest federal representation – Delta, Edo and Anambra. If Jonathan is not playing the ethnic card, can he possibly explain to Nigerians why Bayelsa which has the smallest population in Nigeria and the fewest number of local government areas, has more than double the number of federal appointees measured by population and weight of responsibility than that of the next state, whilst the most populous states of Lagos and Kano were at the bottom of the representation ladder. What is the president’s response to that?

If President Jonathan is not playing ethnic politics, why was he quick to exonerate those he called “my people” in the aftermath of the October 1st 2010 bombings in Abuja? Did Henry Okah, who was eventually convicted of the offence in South Africa, not reveal in court that he was contacted by a high-ranking official from the presidency who told him to implicate some northerners in the bombing?

A year later, after his highly divisive election, he told a delegation of the Ohaneze that he believed that the only votes he got from the North were from Igbo residents in the North. Are those the words of a patriot or an ethnic bigot? This was after an election where he received nearly 100 percent of all votes cast in the South South and South East states, in some cases getting more votes than there were registered voters or even residents. The presidency did not respond to these facts, but chose to distort the matter in order to sweep the issues under the carpet. It may interest the president to know that Nigerians are much wiser now and will not be deceived by the antics of a drowning president and his desperate aides.

The president, rather than responding intelligibly to my charge that Jonathan has a deliberately evil strategy of using religion to divide the country for electoral gains, decided it was story time, and proceeded to announce that the president also fasted along with Muslims. It may interest him to know that former president Olusegun Obasanjo also fasted while in office, but did not broadcast it for any political gain. Incidentally, fasting goes beyond abstaining from food and drink during daylight hours; it is an intrinsic spiritual contact between man and his Creator to strive for higher ideals including truthfulness, honesty and keeping promises. Which promise has Jonathan kept? Where is the integrity in this government? Where is the genuine fear of God when looting is the order of the day?

Nigeria, by the will of the people, is a secular state. But of all Nigerian leaders, no one except Jonathan makes policy proclamations from his place of worship. Perhaps, the irony is lost on the president, but not only is it religious politics to make policy statements before only a section of the populace, the implications of making those promises in the house of God, then refusing to fulfil them are serious. Are we not told not to take the name of the Lord in vain?

As testimony to the fact that truth has become a casualty in the presidency, Abati went beyond that and concocted a lie that I said Christians were behind the Church bombings that took place in Nigeria. I never said anything like that. All I wrote was that the late National Security Adviser to the president, Gen. Owoye Azazi, and a small group known to him, were behind the dastardly acts, and I pointed out the fact that the moment he was removed as NSA, the church bombings virtually stopped as mysteriously as they started. I would have expected the president to set up an independent panel to find out and tell Nigerians the truth about the horrific church bombings. Why the conspiracy of silence?

I am keen to know why the presidency chose to keep quite on my charge that President Jonathan is the godfather of the oil thieves. If that is not the case, how come oil theft jumped from about 100,000 barrels per day before his election to a staggering 400,000 per day now? Can Jonathan explain why he ordered the removal of recognised maritime security officials from the creeks and handed over pipelines and oil installations security to militants? In what country does a bank employ a former bank robber to guard its vaults? Is there not a grand strategy to ease oil theft and procure arms for the militants to use against their fatherland? Why is there no response to this issue?

In the interview, I mentioned that the vice president, Namadi Sambo left massive debts as governor of Kaduna state with little to show for it, the same attitude that permeates every facet of Jonathan’s government. Anyone in doubt should check with the Debt Management Office. Kaduna state has the second highest debt of all states in Nigeria, thanks to loans that Sambo pursued as governor for projects that no one can see on the ground. Kaduna is a short drive from Aso Rock, so Jonathan and his cohorts can take a quick drive to see things for themselves. Nothing beats personal experience.
One of the largest and longest ‘ongoing’ projects in Kaduna state is the Zaria Water Supply Project, which was awarded to Sambo’s company before he became governor.

Though Zaria is his hometown, he did not complete the project as contractor despite payments, did not conclude it as governor despite his office and is today uncompleted, despite his position. Up until last week, most of Zaria does not have potable water, yet Sambo lists the award of a N7billion Government House contract among his achievements. Indications are that the final figure may reach N20billion before it is completed. Is that an achievement or an appropriate priority? Which 300-bed hospital did Sambo build in Kaduna State when the KASU Teaching Hospital is far from being a centre of excellence? The former governor has a penchant for confusing awarding contracts that remain forever “ongoing” with delivering public services to the citizens. How sad.

When the circle around Yar’Adua decided to play sit-tight, unconstitutional politics with his ill-health, we described their actions as that of a cabal and subjected them to public opprobrium. Whether the cabal existed as one unit or several cabals sometimes even working at cross-purposes is not the issue. We waged a war against saboteurs of our constitution through lawful means. Who is the primary beneficiary of that cabal narrative if not Jonathan?

I have had my differences with General Muhammadu Buhari, and that explains the context of my 2010 statement. Despite my strong views on issues, I do not suffer from the egotism that prevents reflection, reconsideration and the ability to adjust to new information. The general and I have moved on from those differences and we are working with like-minded compatriots to contribute to providing Nigeria the quality leadership it desperately needs. Those fixated on that to divide us are free to waste their energies.

As for Abati, I understand his problem. I will not bother to mention his writings in his previous incarnation where he thoroughly abused the president, his wife and others from whose dining table he now eats, on several occasions. Managing the public image of the inept and incompetent president that Jonathan has proved to be can be a demanding task. That task is further compounded when a medical doctor begins to angle in on the same job, especially as Jonathan has demonstrated clearly that he does not have any idea on how to tackle Nigeria’s massive unemployment challenges. So to keep his job and prove that he is more loyal, Abati thinks that the more he insults the president’s critics, the better he would look.

Unfortunately, he has a lot of people to insult, because his boss has nothing to offer Nigerians, which is why he is using ethnic and religious sentiments to play politics. A thinking president would know that stoking ethnicity and religious affiliation is not only unpatriotic, but dangerous in a country like Nigeria, but as desperate as he is to remain in office, nothing seems too low for this president. No wonder Chief Bisi Akande referred to him as a kindergarten president, while Lagos state governor called him a roadside mechanic that cannot be trusted with any vehicle. If only the presidency could hear the truth of what majority of Nigerians who feel betrayed by his agenda of deceit and corruption are saying!