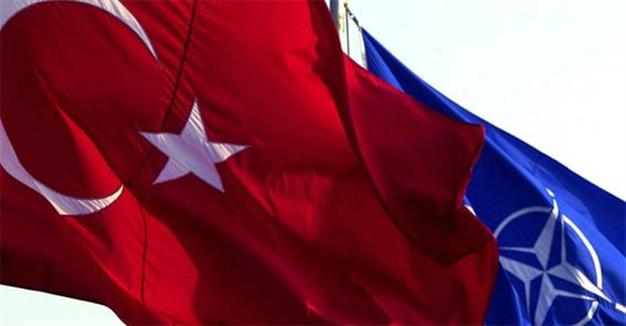 The equilibrium between US and USSR was compromised after the WW-II; the manufacture by the USSR of its own atom bomb being the final straw for the US.
The US had perhaps for the first time grasped the scale of the Communist threat and that a threat it had failed to see while fighting against fascist Germany was now aimed at it. NATO, was established in the face of that threat. Turkey was now important for both blocs; the USSR wanted to establish as base on the straits, while the US wanted to have bases on Turkish territory against that giant Communist threat.
Turkish membership of NATO meant that this threat was neutralized for the US and Britain. Turkey’s presence in NATO during the Cold War was of great importance to the member nations and protected the world against a potential WW-3. In brief, NATO was basically founded to fight communism, and Turkey was the key stone in that fight at the time.
NATO is founded on the idea of ‘all for one.’ Under Article 5 of the Treaty, when the territorial integrity of any member is threatened, all members have a duty to regard that as an attack on themselves. The 21st century has broadened NATO’s responsibilities. The concept of war between nations has been expanded, and the threat of terror is now regarded as a pretext for such intervention. The September 11 attacks are the only instance in which Article 5 has been invoked.
With the invocation of Article 5 after a terror attack, NATO officially recognized terror as one of the threats to member countries and the world as a whole. Last July Turkey called for an extraordinary meeting under Article 4, which is the second important article of the Treaty, on the grounds. The NATO Council stated that Turkey was not alone in its fight against terror and that it supported its operations.
Two important points here. First, although various terror organizations are active on various fronts in Turley’s southern border, the only terror grouping that is currently actively attacking it is the PKK. Second, NATO was founded to combat communism. Turkey is currently under threat from a communist-anarchist terror organization.
Numerous districts in various Turkish provinces are currently under assault by that terror organization. Turkish troops and police are attacked and martyred on a daily basis. PKK leaders launch threats at Turkey from Mount Qandil as if they faced no opposition and announce that they will soon be launching suicide attacks in the big cities. The territorial integrity of Turkey, a NATO country, is therefore under active and serious threat.
The following point must also not be misunderstood; Turkey has the second largest army in NATO. It is quite capable of fighting and deterring the essentially cowardly PKK. Turkey needs to take emergency measures for those means to be effectively employed, and these must not be delayed. Of course we do not desire bloodshed, but deterrents must be employed in the face of evil threats such as terrorism.
Turkey therefore has no need of assistance or military support from NATO to see off the terror that is blighting it. The Turkish Army and the Turkish nation have the will and determination to defend the country’s territorial integrity.
If an organization that has violated the territorial integrity of one NATO country is not regarded as a threat by the other members, then something is very wrong. If Turkey describes the PKK, a threat on its own borders, and its direct extension the YPG as a terrorist organization and a threat to itself, then for the US, another member of NATO, to say, ‘We do not regard the YPG as a terror organization or a threat’ is in defiance of the responsibility imposed on it under the pact.
President Erdoğan’s response to the statements emanating from the USA is significant – ‘The US is not paying the price in this matter today. It is we who pay the bill and who know what the PYD and YPG are doing.’
It is Turkey that will pay the price for a Marxist terror organization on our border thanks to the US bombing. PKK militants have for years been crossing into Turkey through that border and shooting at our troops. It is not the US or NATO’s other members that will have paid the price, but Turkey alone.
The question that needs to be asked in order to better understand the position is this; if a Marxist terror organization were located on the US border and setting up its own state, and if it were sending its militants over the border and attacking the US what would the latter think about that? It would in all likelihood involve Article 5 of the NATO Treaty and take prompt military measures. When it comes to Turkey, however, the US administration see nothing wrong say that the YPG is not a terror organization and has no qualms about entering into a military alliance with it. That is compatible with neither the spirit of NATO nor the US-Turkey alliance.
The spirit of NATO is a one of unity in order to protect members against attack, and it involves solidarity. That solidarity still exists against communist organizations that threaten the world. That fine solidarity spirit must not be forgotten, and we need to remember that it was the main impulse behind NATO. Otherwise, all support given to terrorists will lead to ever greater scourges, ones that will blight the entire world.
The writer has authored more than 300 books translated in 73 languages on politics, religion and science. He may be followed at @Harun_Yahya and www.harunyahya.com