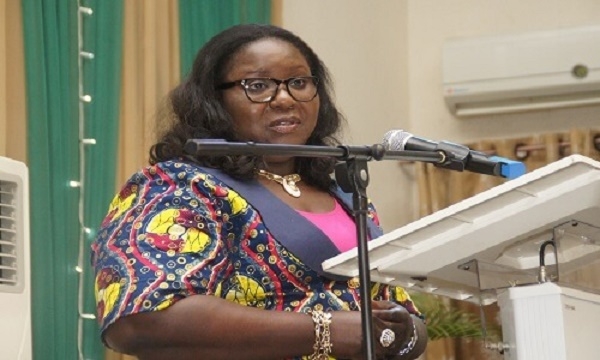 A civil society group, the New Initiative for Credible Leadership has urged President Muhammadu Buhari to confirm the appointment of the acting Managing Director of the Niger Development Commission, NDDC, Mrs Ibim Semenitari, following her numerous achievements since her appointment, though in acting capacity.

Addressing a press briefing yesterday in Abuja, Executive Director, Rev Stephen Onwu also expressed confidence in Semenitari’s as she has not only proved her competence, but ability to mainstream the NDDC’s mandate with the Change Agenda of the present administration of President Muhammadu Buhari.

He said the NDDC has a critical role to play in the development of the oil rich Niger Delta region and Semenitari has shown she understands the yearnings of the people of the region and also has the capacity to achieve same.

Onwu said recent opposition from certain quarters against the leadership of Semenitari is just a prove that she has plugged all loopholes from where many hitherto siphon funds meant for projects and many who thought it will be business as usual are disappointed.

He said, “Just like many people are not happy with President Muhammadu Buhari over stringent decisions he has taken to stop massive looting of our common wealth, its the same scenario that is playing out at NDDC.”

He said the continuing effort to distract the MD is counterproductive since the pressing issue is how to develop the region and not score settling.

The Executive Director charged that “We found it unthinkable that youths that should be championing national integration are whipping up sectional sentiments simply because they think the position of NDDC MD should be zoned to their clan.

“Mrs Semenitari has the support of Nigerians to continue with the change she is implementing at the commission. One must commend her efforts to refocus the NDDC for developing the Niger Delta while also exposing the corruption that took place there before she took over.

“This clarity of purpose since her assumption of office is an impetus for Mr. President to confirm her for a substantive appointment. This will in no doubt has sent a clear signal to those who think they can hide under pseudo and clandestine platforms to tarnish her good image.

“Instead of bickering over non-issues, those who think they have something to offer should join hands with Mrs Ibim Semenitari and the NDDC to speed up the development of the Niger Delta region.” He urged.

Rev. Onwu asked the Federal Government to similarly disregard would be detractors since it is now clear that they are pursuing narrow interest and not that of the region.