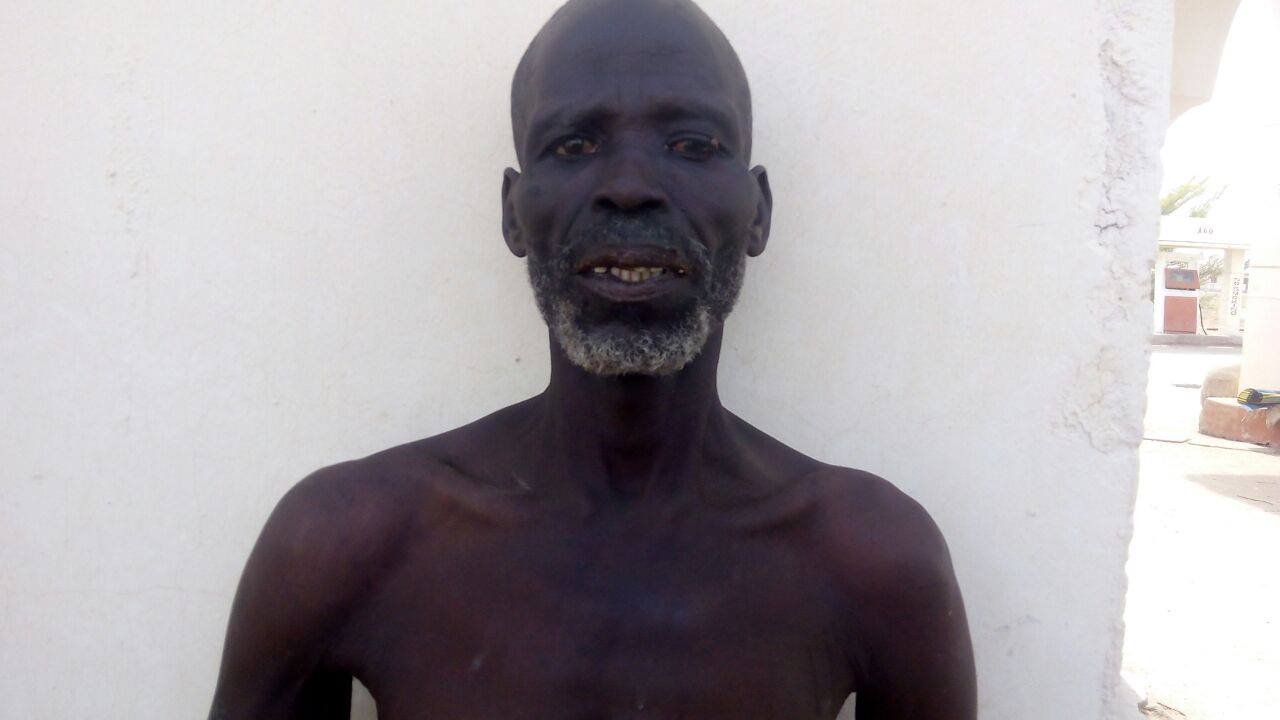 Boko Haram insurgents have released a new video in which they claimed that Nigerian military had bombed some Chibok girls. They also offered to release the girls in exchange for some of their captured leaders.

The Muslim Rights Concern (MURIC) dismisses the new video as sheer propaganda. It is calculated to whip up anti-air campaign sentiments. It is a clear proof that the bombing is biting hard and hitting the insurgents where it hurts most.

Boko Haram released the video because its logistics are in shambles. It is surrounded on all sides. Its supplies are cut off. The game is up. Boko Haram should surrender instead of trying to hoodwink Nigerians with anachronistic tactics.

Boko Haram is known to have filmed its own dastardly operations. The victims shown in the video may have been victims of its several massacres of innocent civilians. The new video is nothing more than a fabrication. It is used as a ruse to escape the current pressure. It is also obvious that the girl in the video spoke under duress.

The new video is a ploy to discredit the Nigerian military. It is also calculated to incite Nigerians, particularly parents of the Chibok girls, their immediate neighbours, the Bring Back Our Girls group and the world at large against the Federal Government (FG). This may result in protests against bombings erupting in Abuja, Lagos and other key cities. The international community may also lash out at the FG over the method adopted to wage the war against the insurgents.

MURIC therefore cautions the Nigerian public and the world community not to fall into the trap of Boko Haram strategists. Boko Haram is shedding crocodile tears. We must ask the question, “When did Boko Haram hoodlums become interested in the welfare of the abducted Chibok girls?” We must not succumb to the cheap blackmail of night marauders.

Nobody should blame the Nigerian military for bombing the insurgents. Air superiority has always been used to gain advantage over the enemy, expedite military campaigns and minimize casualty particularly in terra incognito like the wide forests of Sambisa. There has also been increasing evidence that the Nigerian Army under its current leadership has been more professional and more committed to the military campaign in the North East. It has manifested all the qualities of a liberating army.

Neither should we blame the present administration for the plight of the Chibok girls. While we admit that government is a continuum and any new administration must not only inherit the assets of the past government, it must also inherit its challenges and responsibilities, it will be grossly unfair to overlook the criminal negligence of the Jonathan administration.

Although the abduction took place on April 14, 2014, it is on record that ex-President Goodluck Jonathan refused to take action for weeks after that. The girls would have been rescued if the army had received an order for hot pursuit within hours of the abduction. But it was delayed until the abductors reached their safe haven. Jonathan, for reasons best known to him, allowed the criminals to dig in.

We advise the military to leave Ahmad Salkida (the journalist) alone. Scapegoatism is the last thing expected of the Nigerian Army in this dicey situation. The alert sent out on the journalist is suggestive of desperation. The security agencies should collaborate, exchange information via regular situation report sessions and use the intelligence gathered so far to trace the girls.

Whoever assumes that Ahmad Salkida knows the exact location of the girls is being naïve. Do you think the insurgents will be stupid enough to meet him anywhere near the girls’ hideout? Do you expect them to repose 100% trust in him? Have you ever heard of kidnappers meeting negotiators near their victim? The army must think of something else. Ahmad Salkida is not the problem. It will be unprofessional to scare the insurgents from approaching this journalist in future. We must also think of his personal safety as well as that of members of his family.

MURIC supports negotiation with the insurgents to secure the release of the girls. Exchange may also become necessary as offered by them in the new video but we must make sure that we are not shortchanged in the process. The parents have suffered enough.

In conclusion, we declare the new video as mere ruse designed to save Boko Haram from total annihilation. We affirm that it is naïve to blame the army or the present administration for the plight of the Chibok girls. We charge the military to relentlessly continue its onslaught on Boko Haram insurgents, bombings inclusive. We call on the insurgents to surrender. They should accept the military’s offer of good treatment for those who freely submit themselves.