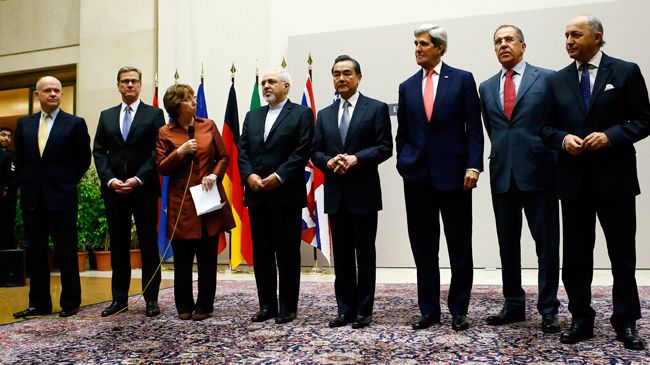 From a macroscopic viewpoint, Iran’s contemporary foreign policy is divided into pre-revolutionary and post-revolutionary periods.

Before the 1979 Islamic Revolution, the main strategy in Iran’s foreign policy was based on dependence and positive balance. In other words, the Pahlavi-era Iran was serving the macro policies of the United States in the Middle East region. To that effect, the rulers of Iran gave concessions to world powers in a balanced manner so as not to elicit any objections.

Naturally, under such circumstances, such concepts as national interests and lasting national security received less attention or were in compliance with the Pahlavi regime’s dependence on major powers.

This dependence was one of major reasons leading to the Islamic Revolution and shouting of “independence” slogans by the Iranian nation. However, in the aftermath of the revolution, Iran’s foreign policy was reshaped based on the “Neither East, Nor West” strategy as well as national and political independence. The past 35 years could be dived into 10-year and 25-year periods.

The 10-year period pertains to the early years following the establishment of the Islamic Republic. During those years, Iran’s foreign policy focused on introducing the Islamic Republic to the world and defending the Iranian nation’s rights in the international bodies in the face of horrific propaganda and hostilities which reached a peak when Iran was in talks over the UN-brokered Resolution 598 for a ceasefire with Iraq.

In this period, global developments and the opposition of world powers to the Islamic Revolution, slogans and orientations of Iran’s nascent establishment caused Iran’s foreign policy, until then overshadowed by the Iraqi imposed war, to go on the defensive. As a result, Iran’s foreign policy was less involved in international cooperation and the country had to exhaust its potentials in dispelling threats and unreal propaganda against the Islamic Republic.

In the second period (1989-2013), Iran’s foreign policy has passed through many ups and downs in its move towards stability. World powers and governments opposed to the Islamic Revolution failed to topple the Islamic establishment by instigating Iraq’s eight-year war on Iran. Therefore, they opted for the policy of undermining the Islamic establishment through economic and political approaches rather than through military and security measures.

During these years, the Islamic Republic has tried to expand its regional and international ties with friendly governments, particularly neighbors, while watching out for hostile and warmongering policies practiced by Israel and the United States.

For instance, over the past 10 years and with the tightening of the sanction regime against Iran, the Islamic Republic has made efforts to minimize the effectiveness of sanctions by adopting policies such as resistance economy in a bid to boost national resistance.

Therefore, the country has had to focus on neutralizing negative forces exerted by non-friendly governments against the Islamic Republic in the international scene.

Therefore, what took place in the recent Geneva negotiations goes beyond a legal accord on the nuclear issue and is of a fully political nature. In fact, not only were the Iranian nation’s nuclear rights recognized in this accord, but world powers took a new path in a new environment.

In this new atmosphere, world powers – the five permanent members of the UN Security Council plus Germany, seem to have adopted the policy of cautious interaction and cooperation with Iran. This new policy is the outcome of the failure of past hostile policies against Iran, policies which were based on sanctions and threats and have had no other fruit but increasing the Iranians’ mistrust of the West. The Western governments hope to create an environment of cooperation with Iran and practice a wise policy by respecting Iran.

If the Western governments pay close attention to the history of Iran, they will realize that the Iranian nation, on the one hand, stands against confrontation, enmity and excessive demands, while, on the other hand, it maintains strong interaction and relations with other nations, civilizations and cultures. This very cultural basis allows the emergence of a new era in the Islamic Republic of Iran’s foreign policy, which will become institutionalized with the turn of years.

In this new era, one can witness Iran’s more constructive presence in regional and international decision-making scenes. If the Sextet of world powers abide by the Geneva deal and consider the win-win model as the correct path to meet national and regional interests and international peace, we could see a new chapter in Iran’s foreign policy soon.

Despite Arab-Zionist pessimistic approaches and destructive actions against the Islamic Republic, the fact is that Iran’s diplomatic potentials are historically attractive for cooperation and interaction towards peace, progress and security in the region and in the world. But Western powers have deprived themselves of this unique chance.

In Iran, influential political groups and individuals have to understand the new international atmosphere cautiously and smartly. Pursuing national interests and security through wise and peaceful approaches is much more difficult and more effective than hostile and harsh confrontation, and resistance and perseverance in foreign policy should not be reduced to confrontation. Resistance and perseverance can apply to interaction too.