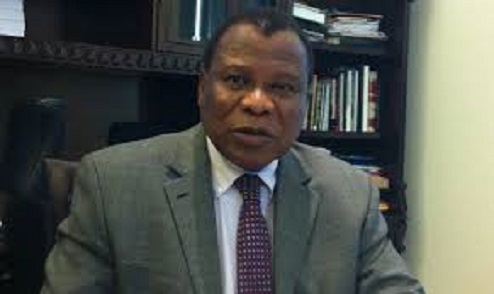 Nigeria’s Ambassador to the United States, Ade Adefuye, on Tuesday faulted an editorial published by the New York Times on the postponement of the general elections in Nigeria.

“I was shocked and disappointed to read your editorial of Feb.16 titled ‘Nigeria Miserable Choices’ because it distorted and omitted important facts,” he said in a statement on Tuesday.

The publication had in its editorial said the main reason Nigeria’s elections were postponed was to frustrate Muhammadu Buhari, the presidential candidate of the opposition All Progressives Congress.

Mr. Adefuye explained that the decision to postpone the election was made by the Independent National Electoral Commission, INEC, and not by President Goodluck Jonathan.

“The election management body has always been allowed a freehand in conduct of its activities including the time table for the elections. In arriving at the decision to postpone the elections, INEC chief, Prof. Jega, said ‘no one pressurised INEC to take the decision,” the ambassador said.

He said in arriving at the decision, the commission took into consideration the prevailing situation in the country in the build up to the Feb. 14 earlier scheduled for the commencement of the elections.

According to him, the issues involved included distribution of the permanent voter cards, card readers and security.

He said the issues were acknowledged in a research conducted by the U.S.-based National Democratic Institute and the International Republic Institute after a four-week stay in Nigeria.

“The research was sponsored by the U.S. State Department and has been published; it is surprising that The New York Times is not aware or chose to ignore this report,” he said.

Mr. Adefuye argued that Boko Haram constituted a serious threat to the country and that government had in the recent past made appreciable progress in tackling the problem.

“Boko Haram will soon be a thing of the past. It is simply not practicable to be fighting Boko Haram and be providing the security necessary for the elections. It is very clear that this editorial of yours was motivated by bias and ignorance both of which are inexcusable,” he said.