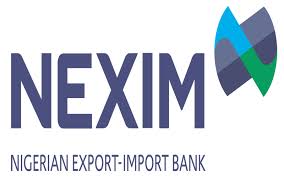 Mr Robert Orya, the Managing Director, Nigerian Export-Import Bank (NEXIM), has been elected as the Honourary President of the Global Network of Export-Import Banks and Development Finance Institutions (G-NEXID).

This is contained in a statement signed by the Director of Media of NEXIM, Mr Chinedu Moghalu, on Tuesday in Abuja.

According to the statement, the election is made at the just concluded G-NEXID’s 10th Annual General Meeting in Geneva, Switzerland.

It said G-NEXID was established in 2006 and had a membership of 26 institutions.

“Its objective is to serve as a channel to bridge the gap between financing of trade and the achievement of the development goals of developing and emerging economies by fostering South-South trade flows.

“Specific to this goal was tackling the difficulties associated with access to trade finance in the fragile markets of the South aimed at spurring and stabilising economic growth.

“It also establishes risk-sharing methods for investments among its members towards working together and promoting business development,’’ it said.
The statement said it was a privilege to continue in the strides made by his predecessors towards forging and fostering a strategically vibrant and mutually beneficial South-South trade relationship.

“It is also an honour to my country, Nigeria, which is the largest economy in Africa, especially as we have just concluded a very peaceful presidential election,” it quoted Orya as saying.

Orya, in the statement, commended efforts by the outgoing president, who had in the last two years stepped up the achievements recorded by taking giant strides to re-invigorate G-NEXID influence and reach.

Orya’s tenure will be devoted towards boosting bilateral and multilateral agreements of all kinds between member export-import (Exim) banks and development-finance institutions (DFIs).
“ We will develop appropriate collaborative framework and strategic partnerships with organisations such as Berne Union, Association of African Development Finance Institutions (AADFI) and other regional economic initiatives.

According to the statement, the past president, Mr Rubens Amaral , congratulates Orya on his new role and urges the members to avail him all the required support.

Also, Mr Guillermo Valles Galmes, the Director for the Division on International Trade in Goods and Services and Commodities for UNCTAD, stressed the importance of partnership building among G-NEXID members.

He also assured, in the statement, of the readiness of the agency to assist the network to achieve its objectives, especially in terms of deepening South-South trade.