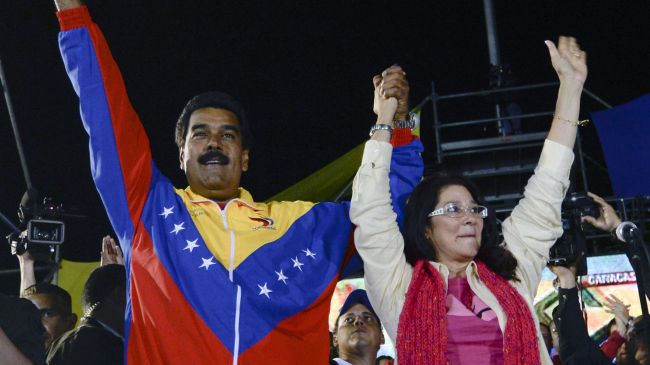 Venezuela’s electoral authority has declared Nicolas Maduro the winner of the presidential election with 50.66 percent of the votes against 49.06 percent for his rival Henrique Capriles, who has refused to concede defeat.

The National Electoral Council said on Monday that more than 99 percent of the ballots had been counted and the results were “irreversible.” The council also asked the people and the opposition to respect the outcome of the polls.

Maduro said he had won “a just, legal and constitutional victory.” He added that he was open to an audit. However, Capriles stated that he did not recognize the official results, saying instead that Maduro had lost the election.

Meanwhile, in front of celebrating supporters Maduro said, “This was the first time without the giant candidate, but he left behind his ‘son’, who is now going to be president and is going to show he is worthy of the fatherland.”

Hand-picked by Venezuela’s late President Hugo Chavez to be his successor, Maduro has promised to continue the socialist policies of the former leader, who lost a two-year battle with cancer on March 5. -PressTv