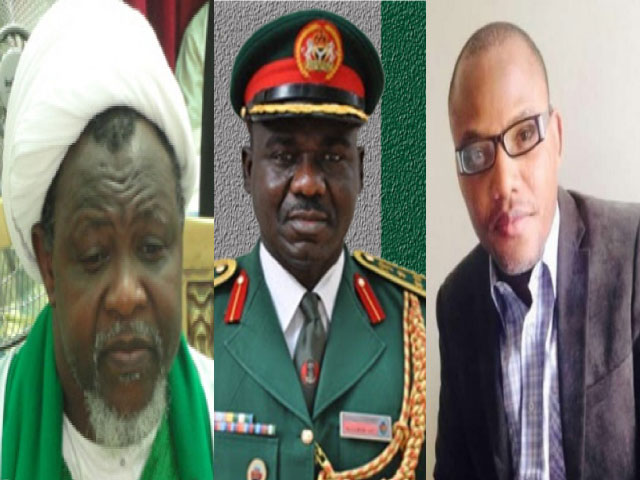 Youth leaders from 19 ethnic nationalities from the Niger Delta region, have demanded their inclusion in the ongoing dialogue between President Muhammadu Buhari and stakeholders for peace to reign in the region.

In a communique after their meeting in Warri, Delta State, the youths insisted that any dialogue without them would not achieve the desired result.

The communique read: “The youths are the most vulnerable stakeholder in the economic, security and political issues affecting the region.
“We commend the present move by Mr. President and the leaders of the Niger Delta region to dialogue, in quest to address critical issue affecting the good people of the region.

“There should be an inclusion of all the ethnic nationality youth leaders in the proposed dialogue process.

“The Federal Government should ensure a high degree of transparency and sincerity in the process of dialogue and negotiations. And we call on the agitating groups to shield their swords and give peace a chance.”

The youths called on Buhari and the government to develop an economic engagement for the youths through the Export Processing Zone (EPZ) in Delta and Cross Rivers states, the Maritime University in Delta and the Brass Fertilizer project in Bayelsa State.

They said: “There should also be the reactivation of the Calabar, Warri and Port Harcourt Sea Ports, the construction of the Lagos/Calabar Railway, the completion of the East-West road, Umuahia-Ikot Ekpene, Aba-Ikot Ekpene,Owerri-Port Harcourt, Isoko-Onitsha, Benin-Abuja and Calabar-Itu expressways.

“We believe this project will generate well over five hundred thousand jobs opportunity for the youths of the region”.

The youths further commended the Federal Government for securing the release of some of the Chibok girls but demanded the release of other leaders in detention in the spirits of true reconciliation.

“We request that in the spirit of genuine reconciliation and national unity, the IPOB Leader, Nnamdi Kanu, the Shiite Leader, El Zakzaky should be released.

“The Federal Government should nominate and work with young persons of the ethnic nationalities.

“We call for political inclusion of youths in governance and we request that the Federal Character as stipulated by the constitution be adhered to in all employment and appointments in the face of socio-economic, financial, political and ethno-religious crisis that continue to plague our country with disastrous impact on our nation’s economy, social lives and which have also posed grave danger to the peaceful co-existence of our region and country.

“This will ultimately resolve all issues plaguing the region and allowing greater participation of people in governance.”