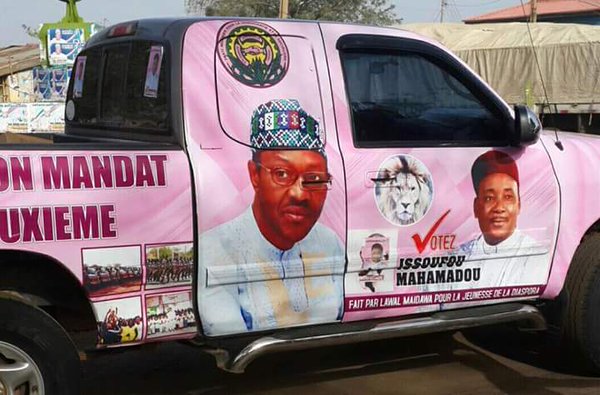 Mahamadou Issoufou just escaped an opposition parliamentarians’ request for his impeachment for “high treason”, on November 11. The opposition accuse the president of having sold the country’s natural resources, “in connection with” the dark conventions “of uranium mining in 2014 signed with Areva. This being an extremely serious accusation considering the poverty in the country.

Hunger and suffering is rife in the republic which has witnessed massive anti-government protests.

Obviously Buhari’s stellate image is a great sell even outside Nigeria’s borders.