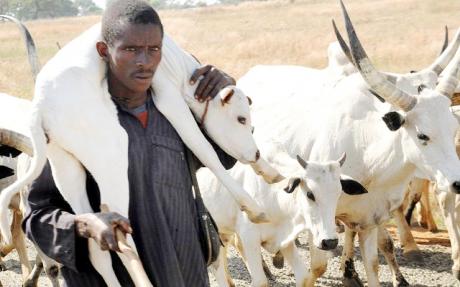 Apparently fed up with the incessant clashes involving them and farmers over grazing areas, some 12 million Fulani cattlemen have stated that their right to fend for themselves and their livestock as citizens of Nigeria are being infringed upon across many states because of their age-long nomadic way of life.

Consequently, they have now formed themselves into social groups to demand that the federal government address the issue of food security and grazing rights in the country, with a view to securing grazing land rights for the Fulani nationwide.

Commending the northern governors for setting up a committee to wade into the crisis between farmers and herdsmen, one of the seven groups, Miyetti Allah Cattle Breeders’ Association of Nigeria, asked that the committee’s work be extended to southern states where they also face grazing challenges.

The association lamented that 12 million Fulani herdsmen were currently living under the fear of losing their means of livelihood, as clashes between them and farmers continue to escalate especially in Plateau, Taraba and Kaduna States. The cattlemen said they were being arrested or expelled from their homes and settlements by the authorities.

In an exclusive interview with LEADERSHIP WEEKEND, the protem national secretary of the association, Saleh Bayari, said: “The Fulani man has been at the receiving end of insecurity in this country. To say that the Fulani are marginalised is an understatement. There are 12 million cattle rearers whose children are not in school.”

Also, the executive director, Pastoral Resolve, Sale Momale, stated that “the challenges being faced by Fulani cattlemen have gone unattended to by all tiers of government for many years because of discrimination against them. The fact is that they are in remote rural areas and their high level of illiteracy makes it hard for them make formal complaints under the modern system of government.”

While desertification is forcing them to migrate southward, Bayari said: Fulani cattlemen do not have children as councillors, that is, at the lowest level of the political strata. They do not have a chairman of a local government or member of a house of assembly. They virtually have nobody in government.”

Debunking claims that Fulani have been the aggressors in some of the clashes involving them and farmers, Bayari said: “There is nobody who rears animals that wants conflict. Conflicts destroy lives, including the lives of animals. So, it is always very difficult for the Fulani person to go into any agitation that will at the end of the day hurt his livestock. He would prefer to suffer deprivation of all kinds than engage in armed conflict that will not spare his livestock.”

He stressed that the conflicts were taking a huge toll on the Fulani’s economic wellbeing.

The federal government, he alleged,“ has never sat down to address food security like other countries do.  In Nigeria, thunder would strike a Fulani person and kill about 200 of his cattle. Flood, ethnic or religious crisis also continue to decimate the Fulani’s cattle without any compensation from government.

Bayari added: “You can imagine how much we have lost, even at N100,000 per cow which is the average cost. This is money that can take care of 5 to 10 million people. If the federal government had addressed the issue of food security in this country, then, the Fulani man would have come to the fore.

“But I think the government has begun to feel the pulse and realise that if something is not done, this country could erupt, in the sense that if you deprive 12 million people of their means of livelihood, then, you should be prepared for a very serious situation. We are beginning to see some people make some efforts.”

Momale said: “Discrimination against the pastoralists cuts across all tiers of government, even at the village and district levels. The modern system introduced since the colonial times gives priority to a formalised system for laying out grievances, which favours the educated elite.

“In 1990, only 0.02 percent of the pastoralists were literate. By 2005, after 15 years of nomadic education, their literacy level stood at 2 per cent.  Right now, according to the Federal Ministry of Education, the Fulani pastoralists have three million children that are out school.

“With this level of illiteracy and the complexity of governance, they have nowhere to lay their complaint. The only government they know is the village head and the village head cannot influence policy. He has no say in the affairs of government. And with a government that is not concerned with reaching out to its citizens, you can understand why the problems of the Fulani have gone unresolved.”