Nigeria @ 57: 57 Muslim and Christian Scholars Volunteer to Pray for Peace and Unity 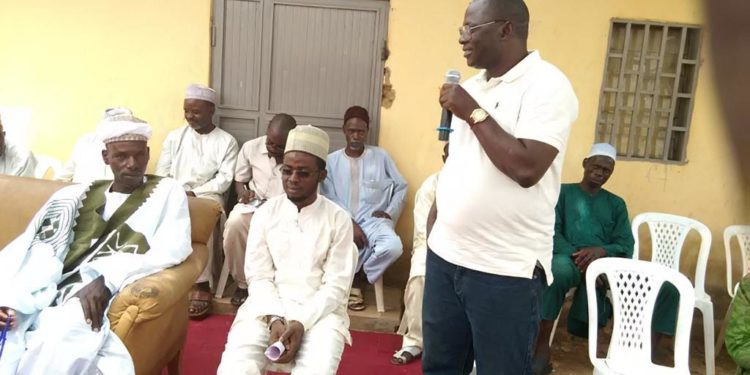 As Nigeria celebrate her 57th independence day; Team of pastors and Imams in kaduna volunteer to organize a special prayer for peace and unity in the country,and urging all Nigerians to immensely support the Government through prayers.

The team leader of clerics pastor Yohanna Buru ,who is the general over seer of the Christ evangelical and life intervention ministry church Sabon Tasha,kaduna state -north western Nigeria said, “what Nigeria need is prayers, blessing from God and total commitment by its citizens to support the government.

Buru said,we have mobilize clerics across the 23 local government of the state,so as to educate their people on the importance of promoting peaceful co-existence between Muslims and Christian ,and other faith base organization, and also urged them to use the sermon of peace for Sunday service.

According to the Cleric”Prayer, being the primary method of communication between God and man, plays an important part in practically every religion in the whole planet, There are many different ways that we can assist our nation’s leaders through prayer and such prayers protect the country and depend the people inside it from all form of threat or attacks and Draw the people nearer to the Creator and brings light to darkness.

Buru further says ,we want all pastors to double-up more prayers for the country, as they attained the Sunday service tomorrow ,while appealing to all Imams and other Islamic preachers across the state to also sensitize their followers on the importance praying for the country.

The cleric then appealed to both Igbo,Yoruba ,Hausa and minority Tribe leaders to also dedicate more time on spreading the message of peace and unity among their youth organization,while commending the effort of both state and federal government in promoting religious tolerance and forgiveness, he remind the people of Nigeria to remember the role chief Doc Nmandi Azikiwe, Sardauna of sokoto Sir Ahmadu bello,and Chief Obafemi Awolowo play while trying to unite Nigeria since 1960 when Nigeria got her independance.

“It is our believed that many other scholars from 36 states of Nigeria will also join them in organizing special prayers for the country,and also appealing to widows,orphance and destitutes to support the country with prayers”

Buru concluded by saying that, “This country need prayers for God to save the country from all form of insecurity challenges which include Boko haram, Kidnappers, armed robbers, cattle rustling etc.