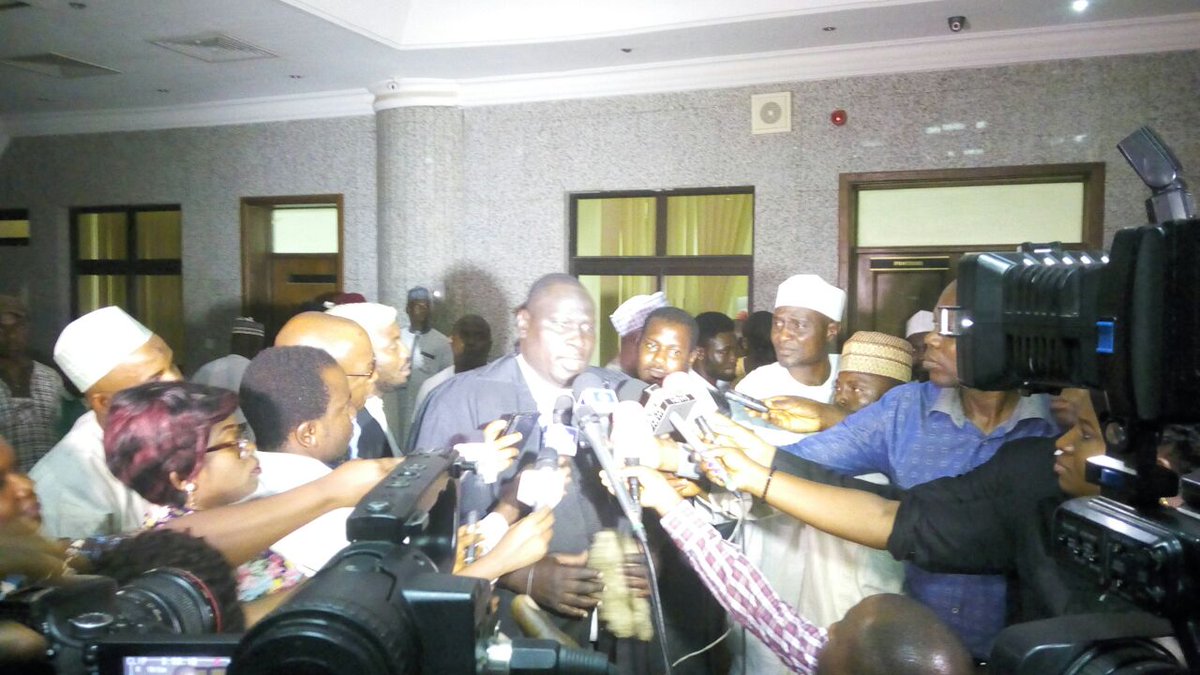 The Federal High Court in Abuja, on Friday (02/12/2016) ordered the unconditional release of detained leader of the Islamic Movement in Nigeria (IMN), Sheikh Ibrahim El-Zakzaky and his wife, Malama Zeenatudeen within 45 days. Delivering the judgment, the Presiding Judge, Justice Gabriel Kolawole held that the continued detention of El-Zakzaky and his wife by state instrumentality was an arbitrary act. Kolawole said no extant law within the country’s statutory legal frameworks and external ones subscribed to by the state had allowed anybody to be held against his or her wishes.

The News Agency of Nigeria (NAN) reports that El-Zakzaky had filed a fundamental right enforcement suit against the Federal Government challenging both him and his spouse detention. The court therefore, held that the continued detention of the applicant without trial amounted to a gross violation of the constitution and the African Charter on Human and People’s Rights.

According to Justice Kolawole, neither the constitution nor the National Security Act allows a citizen to be in protective custody except on grounds of suspicious contagious disease. “The respondents have not shown evidence to indicate that El-Zakzaky and his wife are plagued with such ailments that required them to be kept away from their community. “It is also clear from the counter affidavit that no such evidence as to complaints of threat on the life of the applicant and his family to warrant their protection. “The court has come to the conclusion that the applicant and his wife have been kept against their desires, thereby resulting in the breach of their rights to liberty. “This court refuse to accept that the applicant and his wife were under protective custody,’’ the Judge held.

Nigerians should ask President Buhari two important questions that resulted from this judgement:

Why did President Buhari send thousands of Soldiers on 13th December, 2016 to the residence of Sheikh Zakzaky and killed more than 400 Nigerian men, women, children and the aged? Those killed included 3 sons of Sheikh Zakzaky, his Nephew and his 70+ sister who was burnt alive by the Nigerian army. The Soldiers completely burnt and destroyed the house.

The second question is that since from Nigerian constitution the only reason why a person can be held in “protective custody” is only on suspicious contagious disease, why did President Buhari and the Nigerian government hold Sheikh Zakzaky and his wife in detention for close to one year? What offence did Sheikh Zakzaky committed that President Buhari sent heavily-armed Soldiers to shower his family with bullets, killed his 3 children in his presence and burnt his 70+ old sister alive?

The ZariaMassacre is the peak of savagery and inhumanity that can only be perpetrated by bloodthirsty Wahhabi Savages. After the massacre the Nigerian army Chief Buratai who supervised the massacre said those he murdered were “worst than Boko Haram”. They were worst than Boko Haram not because they killed a single Nigerian or harmed any Nigerian, they are worst than BokoHaram because they were Shia Muslims and to any bloodthirsty Wahhabi Savage like the Nigerian army chief Buratai that is enough reason to massacre them.

The ZariaMassacre should not end with freeing those who were its victims and unjustly detained by the tyrannical Nigerian government, the massacre should end with the prosecution by the International Criminal Court (ICC) of all those who committed the massacre, ordered and facilitated it. Such prosecution will prevent state-sponsored terrorism against citizens by tyrannical leaders like Buhari and will serve as a lesson to others.

On a final note, salutation of respect to all those who condemned the inhuman barbarism of the Nigerian government against its citizens especially our compatriots in Southern Nigeria. As for the Wahhabi Savages who celebrated the massacre, inject your hearts with humanism and be human again.