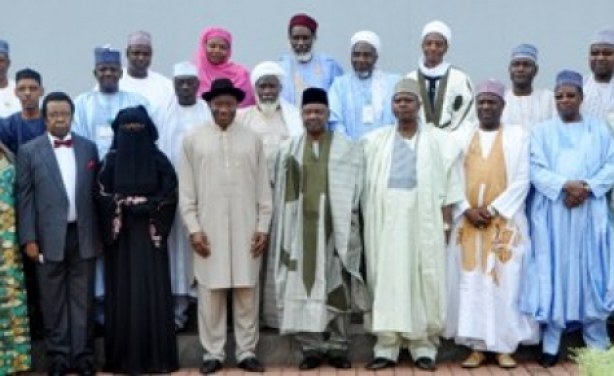 NewsRescue- A double agent who was seriously sabotaging and compromising the efforts of the Boko Haram Amnesty committee was arrested in Borno last week.

Kasim Abubakar Imam, a 35 year old man was arrested May 16th at 231 barracks.

Imam had been contacted by the amnesty committee as a valuable tool to reach the top level Boko Haram leaders, however from his convenient position on the inside of operations, Abubakar Imam, from the barracks supplied vital information to Boko Haram, potentially compromising Military operations.

The Chief of Army Staff (COAS), Lt-Gen. Azubuike Ihejirika had Wednesday at the Nigerian Army Transformation Seminar, Command Officers’ Mess, Asokoro-Abuja, revealed that there was sabotage from within the Military, as officers were providing information to Boko Haram terrorists-insurgents.

Kasim Abubakar Imam is well known to the security services and was arrested in 2009, when he was jailed for 9 months before being released on bail.

The marginal possibility of success of the amnesty committee has been thrown into more doubt considering the dangerous and unreasonable, desperate type of threat Boko Haram is; and the risks of such engagements compromising other methods of stopping the insurgency.

Kassim Abubakar Imam had met personally with top level Nigerian government officials – close to the president and Amnesty’s Stephen Davis; little was it known to them that all the time from his vantage position operating from within the Military barracks, and with a car he was given, he was rather supplying Boko Haram most vital information. Eagle eye intelligence luckily discovered the mole.

Nigeria’s government launched a full scale war against Boko Haram, but is also trying to reach out with an amnesty proposed by the Northern Elders Forum, NEF. But thus far the amnesty has remained in the rocks. Boko Haram does not appear fit and capable to dialogue. The terrorist outfit apparently has tasted power and finance in ways the members and leadership never dreamed of, and backed with the tool of fanaticism, the exegetic sect apparently can only destroy or be destroyed.

Friday it was announced that the security services had found and rescued several women and children kidnapped by Boko Haram, but some are questioning if this “rescue” was not in an agreement with Boko Haram to whom the Goodluck Jonathan administration showed similar “magnanimity,” by releasing the sect members’ wives and children in custody, the demand Boko made in the kidnap video. Whose wives and children were kidnapped is also not known, but it is possibly influential officials’ families.

Unlike foreign governments where arrests are made public and mug shots taken so the general public can know who the criminals are and be safe, in Nigeria things are done in total secrecy. There is no public record or criminal database and terrorists are routinely released back into society after heavy sums are paid in bribe or after kidnaps and other threats are made.

In addition, names and images of suspects and those sought for are never fed to the public, neighboring nations and global security services, which could all increase efficiency of the nations security as well as demonstrating honesty and responsibility.

Media aggressiveness is serving as the only such tool and criminal database to protect public interests and safety.