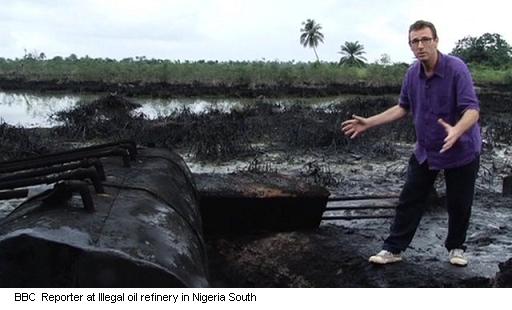 The JTF discovered the illegal refinery site on a creek in the boundary village between Edo and Ondo State.

The commander of the task force, Moruf Adegbenru, said the operation was carried out to rid the society of oil thieves. He said the JTF discovered the illegal refinery on a creek in the boundary village between Edo and Ondo States. Gallons filled with diesel, and other crude refining tools were also discovered.

The commander said that no arrest was made as the operators of the illegal refinery fled on sighting the men of the task force.

According to Mr. Moruf, “the operation was in line with the Federal Government’s effort to ensure that the Niger Delta region is free of oil thieves thereby promoting the economy of the nation.”The commander gave the assurance that the JTF would ensure that all illegal refineries were discovered and destroyed. He appealed to members of the community and the entire state to always volunteer information that could assist the JTF in its operations.