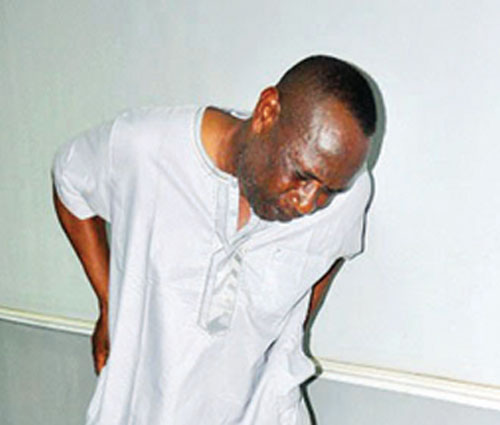 One of the detained Ekiti State lawmakers, Akanni Afolabi is visibly dying in DSS detention.

Nigeria’s security services under the current regime have been accused of violating the law with illegal detentions and torturing suspects.

Abdullahi Garba, speaking for the the DSS, made absurd and highly insensitive statements to the Press dsecribing the lawmaker as “hale and hearty:” “You can see that Akanni Afolabi is hale and hearty.

“Nigerians and Ekiti people in particular are convinced to see that Afolabi is hale and hearty as being presented to the press today,” Garba said.

The images show quite the opposite. A very frail and ill or tortured Akanni was propped up to the media.

Nigerians should be worried that if Akanni Afolabi is not transferred to a proficient hospital in time, he may likely die in detention.

Nigerians must also campaign for an end to illegal arrests and detentions of citizens.