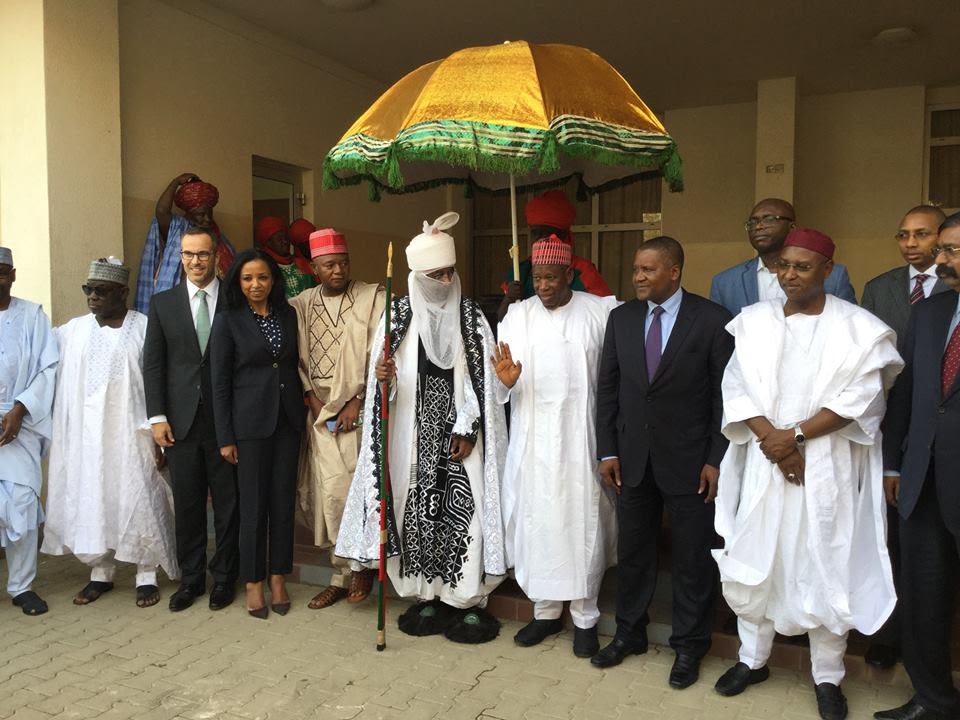 Blackstone and Dangote Industries announced a commitment by Black Rhino, a portfolio company of Blackstone Energy Partners to jointly invest up to $10 billion in energy infrastructure projects in the state and across East-South Nigeria, with a particular emphasis on renewable energy, transmission and pipeline projects.

The Chairman of Black Rhino Group and Emir of Kano, Malam Muhammadu Sanusi II, explained that his group and Dangote Industries would contribute $5 billion each for the construction of a coal power plant and a solar energy project in Kano, as well as gas pipeline project from Akwa Ibon to South west Nigeria, where Dangote Industries are concentrated.

Speaking during a courtesy visit to the state governor, Dr. Abdullahi Umar Ganduje, the Emir explained that the consortium decided embarked on the power projects in Kano because of the power crisis in the state, explaining that the coal project and the solar energy project would produce about 1,000 MW and 100 MW respectively.

Malam Sanusi expressed optimism that the projects would to a large extent improve electricity power generation in the state for both the consumption of Kano residents and for the revival of the ailing industries in the state.

In his remarks on the occasion, Chairman of Dangote Group, Alhaji Aliko Dangote, who expressed optimism on the viability of the projects, assured that it would improve power generation in the state and resuscitate industries so that they can generate employment opportunities for the teeming youth and make the economy vibrant.

He explained that the gas project from the South East to Western Nigeria would extend to Ghana and would go a long way in addressing the energy needs of industries within the region, particularly those under the Dangote group.

On his part, the state governor, Dr. Abdullahi Umar Ganduje expressed the hope that “the project would bail Kano State out of its prevailing economic depression and uplift the state to another level of economic prosperity and development”.

“Now that the national economy is dwindling, we have no better way to revive it than to invest in agriculture and resuscitate our industries”, the governor stated, promising that the state government would provide land, among other things, to enable the project to materialize.

Stressing that power is very critical to the survival of industries in the State, Dr. Ganduje announced that the state government is also making modest effort to provide electricity through the ongoing multi-billion Naira Independent Power projects at Tiga and Challawa, which would generate 35MW of electricity.

To the Executive Governor, Kano state,