Two weeks after signing the long delayed and much criticized budget, the Federal government of Nigeria has refused to make the document public in its entirety in spite of great public demand for transparency.

The publicized 2016 budget proposal had attracted global headlines for being padded by the executives and then later also padded by the legislature.

Projects criticized in the budget included health care centers for the presidency at rates equal to the amount spent on all government hospitals and also boreholes by the ministry of works and housing at N161,500,000 a piece! 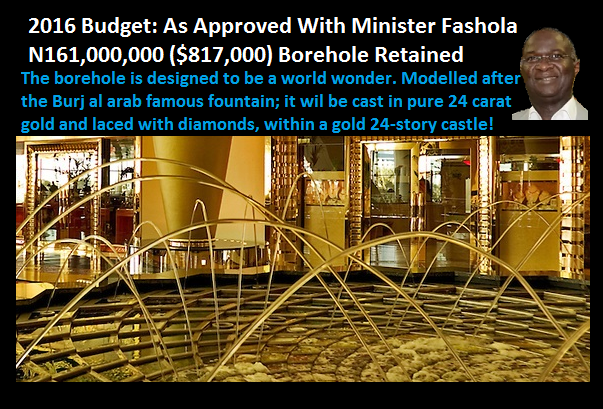 SaharaReporters recently released a summary of the budget but with no detail. This was perhaps provided to the editorial to confuse and mislead the general public into thinking the government had made the 2016 budget public.

The public is calling for an open budget so all can scour through it and see if it passes decency tests in a nation in desperate need and with it’s poor, called upon to sacrifice with electricity and fuel price hikes.