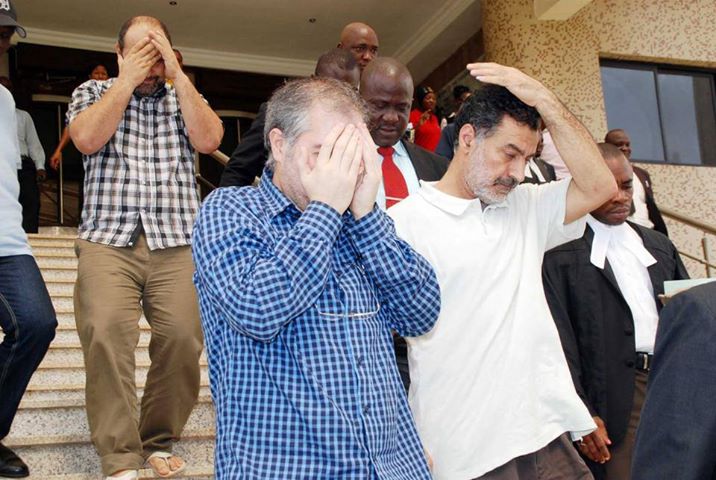 The Federal Government yesterday filed a six-count criminal charge against the owner of Amigo supermarket, Mustapha Fawaz and two other Lebanese being held over alleged terrorism activities.

The federal government also told a federal high court in Abuja that the trio – Abdullahi Thaini, Mustapha Fawaz and Tahal Roda – belong to the military wing of the Lebanon-based Hezbollah.

The state security service (SSS) told justice Adeniyi Ademola that hazbollah has a military wing, which in the next few days Nigerians will know more about.

The three are being held for their alleged unlawful importation and stockpiling of cache of firearms and ammunition.

SSS lawyer, Cliff Odagoe said the charge filed before the Federal High Court, Abuja by the Attorney General of the Federation (AGF) charges the suspects with offences bordering on terrorism.

It was learnt that the charge filed on Thursday is yet to be assigned to any judge for hearing.

Osagie disclosed this yesterday while arguing a counter affidavit the state filed against a fundamental rights enforcement application filed by the three.

He said men of the SSS found in the homes of the suspects prohibited firearms and ammunition as against their claim that what was found in their homes were “mere riffles and hunting guns.”

Osagie argued that under the Firearms Act, the weapons found in the homes of the suspects “can not be issued without license. The applicants should have exhibited receipts of purchase of the weapons and the license enabling them to carry such deadly weapons.”

He urged the court not to serve as refuge for people whose activities allegedly threaten and undermine the nation’s security.