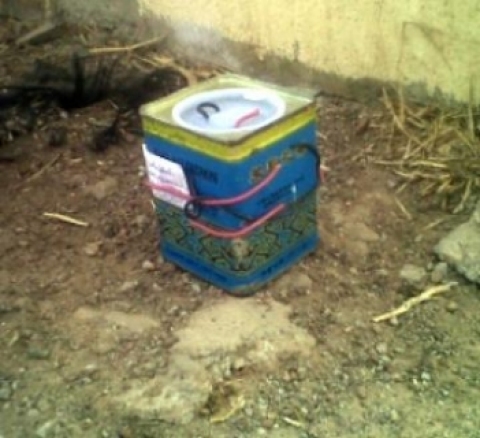 Lt. Col. Gabriel Olorunyomi told The Associated Press on Tuesday that gunmen stormed a church building where worshippers had gathered to pray late Monday in the town of Otite, near the city of Okene.

He said the pastor was killed and “many” were injured but he could not immediately say how many because they had been taken to different hospitals.

He said authorities are still searching for people who may have run into nearby bushes.

He declined to say who they suspected and there has been no claim of responsibility for the attack.

However, a radical Islamist sect has claimed responsibility for several church attacks in Nigeria this year.

It was a bloody night in Kogi State yesterday as unknown gunmen stormed the Deeper Life Bible Church, Otite, near Okene, in the central axis of the state, killing 16 worshippers.

LEADERSHIP reliably gathered that members of the church were attending its weekly Monday Bible study service when the hoodlums stormed the place.

The gunmen, numbering about 10, who were said to have invaded the church in a Toyota Hiace bus, started firing sporadically.

Motorists plying the highway connecting the northern and southern part of the country as well as students of the Federal College of Education, Okene, which is a stone throw from the venue of the incident, had to take cover to avoid running into the gunmen.

The worshippers could not escape immediately as the gunmen blocked the entrance of the church.

Some worshipers were able to escape during the attack which lasted about 20 minutes, even as nine others who received serious injuries were rushed to a nearby hospital.

The commissioner of police, Kogi State command, Mr. Muhammadu Katsina, confirmed the incident in a telephone interview with our correspondent.

He said the gunmen entered the Deeper Life Church and switched off the generating set in the church before opening fire on the worshippers.

The police boss, who spoke while on his way to Otite, also confirmed the number of casualties, even as he promised to give details of the incident later, after visiting the place.

Shagari LGA is about 50km from the capital of Sokoto where the sect attacked two police formations last week.

Though details of the attack were sketchy at press time, police sources said there was no casualty, adding that investigation into the incident was ongoing.

MuslimsAgainstTerror: Empathy and Total Condemnation of Terror Attack On Deeperlife Church in Kogi

We the Muslims of Nigeria offer our total condemnation of the reported gunmen terror attack of the Deeperlife Church in Okene, Kogi state, the night of Monday the 6th August. It is reported that between 16 and 19 of our Christian brothers lost their life in that barbaric act of terror committed by unknown, unscrupulous entities.

We mourn the deaths and in deep sorrow, offer our condolence to the living.

There is absolutely no justification for these acts of terror aimed at fomenting sectarian strife and unrest in our Nation.

The Abubakar Shekau terror cult is a menace to Islam, Christianity and all humanity and we promise that InshaAllah, we will together take the fight to them and defeat this evil menace as is our duty as Muslims, Nigerians and human beings. May Allah(S) strengthen us in this battle.

PLEASE DO NOT RELENT, ENSURE LEVELS OF SECURITY AT EVERY GATHERING

Bomb Found In Another Church In Kogi State

The massive bomb was found in the Revival House Church in Lokoja early today. The device was taken away by the Anti-bomb unit for further analysis.