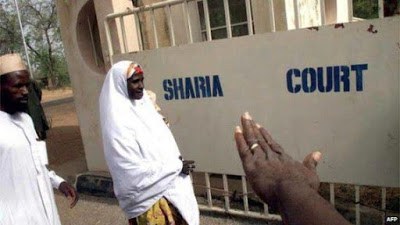 KANO— A sharia court in Kano has sentenced a Tijjaniyya cleric, Abdul Inyass to death for blasphemy.

The verdict ends nine months of secret trial of the cleric.

Inyass and 13 others were arrested May last year,  in Kano during a religious function in the city for blasphemy.

An Upper Sharia court Rijiya Lemu had in June last year sentenced Inyass’ accomplices which included a woman and 8 others to death.

A statement by the Registrar, Kano Sharia court of Appeal signed by one Alhaji Nasiru last June stated that 8 persons were found guilty in accordance with section 110 and 302 of the penal code, but Inyass sentence was delayed.

Abdul Inyas, Hajiya Mairo Ibrahim and 10 others were accused of making blasphemous statements against the Prophet of Islam, on May 5th at a religious gathering in honour of Sheik Ibrahim Inyass at Dala area in Kano.

The controversial Sheik Abdul Inyass is of Haqiqa (Realist) group, a mystical branch of Tijjaniyya movement with its headquarters in Senegal.

When the accused persons appeared in court on May 22nd thousands of youths who stormed the court to witness the proceedings burnt down the Sharia court.

This development may have forced government to conduct the trial in secret. But while the accused were in detention irate youths stormed and demolished Sheik Abdul Inyass residence located at Gaida, Kumbotso local government area of the municipality.

The statement further disclosed that Al Qassim Abubakar, Yahaya Abubakar, Isa Abubakar and Abdullahi Abubakar were discharged and acquitted by the court in tandem with sec 404 of Sharia criminal procedure.