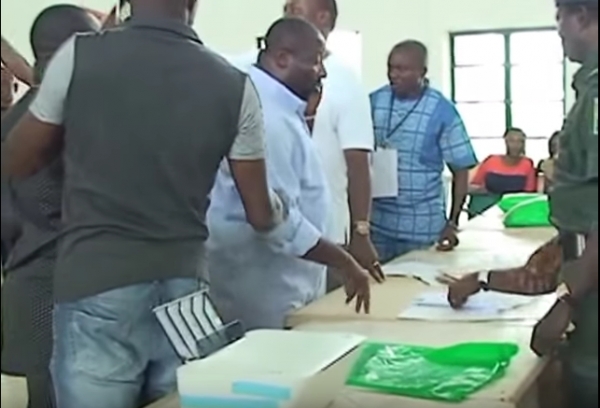 The outcome of the March 19, 2016 Rivers rerun election is yet another sore point in our national journey to a free, fair and credible electoral process. While the Electoral Management Body was busy making preparations for a credible election, the political gladiators in the state were busy planning for war and perfecting means of undermining the efforts of the Independent National Electoral Commission(INEC).

The numerous security breaches culminating in the wanton destruction of lives and property despite the very large number of security personnel deployed to Rivers state is a cause for worry. 6000 conventional Police men, 8 additional or visiting mobile police squadrons to support the 46 units of mobile police already serving in the state, soldiers, SSS operatives, Civil Defence personnel and other paramilitary agencies could not provide adequate security for the National and State Assembly elections in just one state. More worrisome is the fact that each of the above mentioned agencies was associated with particular political parties and report from observers in the field can confirm that in several instances these security agencies worked for the parties they were associated with.

We are not unaware of the fact that INEC made the necessary arrangements for credible elections and its officers ready to deploy timeously to their various Polling Units in a very charged environment , a situation which the Commission still braced to discharge its responsibility. We acknowledge that there were logistical handicaps on the part of INEC , a situation that could not be remedied owing to the rampant violent environment.

We the undersigned therefore condemn in the strongest terms possible the violence that was unleashed in the state by the political actors and their agents and call for the arrest and prosecution of any individual found to have remotely or actively aided and abetted these occurrences.

We join millions of other well meaning Nigerians to mourn with the family of Samuel Okonta, the Youth Corps member who lost his life while on election duty . We also condole with the families of all other citizens, staff of INEC and security operatives who lost their lives during the election. We restate our total support to and for INEC as it grapples with the challenges of reforming a broken and flawed election process in our country , which is worsened by the Machiavellian politics of might is right of the political elites in Nigeria.

We also call on politicians nationwide to shun violence and all Nigerians to continue to support the INEC in its efforts to reform our electoral process and provide a fair platform for Nigerians to choose their leaders freely.