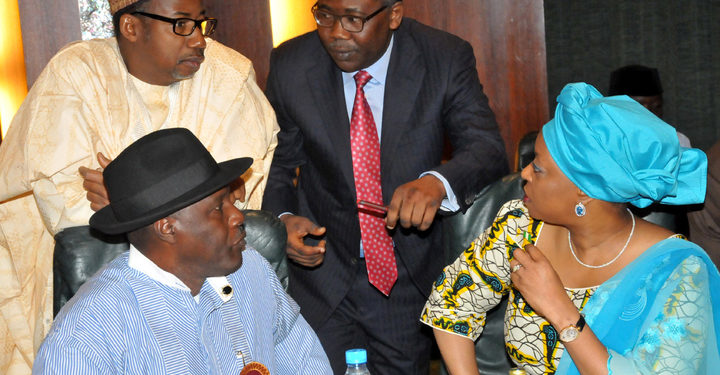 The sacked ministers did not have any inkling of their impending sack as some of them attended the weekly federal executive council meeting Wednesda.

President Jonathan reportedly thanked the sacked ministers for their services to the nation and wished them well in their future endeavours.

Sahara– Petroleum Minister Diezani Alison-Madueke, Aviation Minister Stella Oduah, and Justice Minister Adoke Bello are some of the most notoriously corrupt, but have retained their jobs

Islam And The Doctrine Of Peace On ...