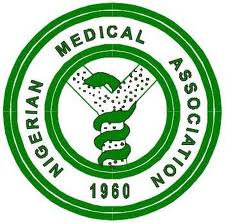 Medical doctors nationwide will go on strike from Wednesday, the Nigerian Medical Association announced Sunday, warning Nigerians of a fresh round of health sector crisis that would keep the hospitals shut as Nigerians prepare for Christmas.

The NMA said doctors will suspend work as the ultimatum issued to the Federal Government has elapsed.

The NMA’s ultimatum to the FG to comply with earlier agreements on issues of condition of service and welfare of doctors expired Saturday, December 14 with the government ignoring the doctors, the NMA.

A spokesperson for the health minister could not be immediately reached for comments.

The NMA president, Dr. Osahon Enabulele told PREMIUM TIMES in Minna, Niger state on Sunday, after the group’s its emergency National Executive Council meeting, that efforts to engage the Federal Ministry of Health had failed.

According to the NMA, health minister, Onyebuchi Chukwu, seems less bothered about the potential crisis that is about to erupt in the country’s health sector as Nigerians prepare for Christmas celebrations.

He said the minister refused to attend meetings they proposed to resolve the several concerns.

“In recognition of the extremely poor progress in the resolution of the demands of the NMA, and following the expiration of her last ultimatum issued to the Federal Government of Nigeria, which expired on Saturday, December 14, 2013, the NMA is constrained to declare an industrial action with effect from Wednesday, December 18, 2013,” Mr. Enabulele said.

“Accordingly, doctors in public health institutions shall withdraw their services with effect from 8am on Wednesday, December 18, 2013.”

He however said the strike will be for five days- until December 23rd, in the first instance, but will continue after Christmas celebration.

“In recognition of the yuletide season and the appeals of well-meaning Nigerians and our friends in the fourth estate of the realm, the withdrawal of services in this first instance shall be for a period of five days but shall recommence after the yuletide season,” he said.

“We call on members of the public and the media to bear with the association during this period of withdrawal of services.”

The NMA has been engaged in a series of unsuccessful negotiations with the federal government in the past five months.

On the 2nd September, 2013, the NMA issued a 21-day ultimatum to the government to address the outstanding issues of doctors’ welfare, and conditions of service.

However, after the intervention of the minister of labour and productivity, Emeka Wogu, the NMA extended its ultimatum by four weeks at her emergency National Executive Council (NEC) meeting held in Abuja on September 22, 2013.

Following the expiration of the additional four weeks of grace, the union again extended the ultimatum twice on account of the government’s constitution of a presidential committee which promised to speedily resolve the issues contained in the requests of the NMA.

But the government has failed to take a decision after the committee submitted its report to the Secretary to the Government of the Federation. The only outstanding issue addressed yet by the government was the re-constitution and inauguration of the Medical and Dental Council of Nigeria (MDCN). That tool place on 25th November, 2013.