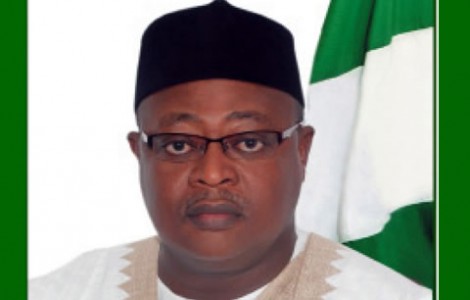 The Minister may have been fired for his role in the new political association floated by seven PDP governors.

President Goodluck Jonathan on Monday relieved Inuwa Abdul-kadir of his appointment as Minister of Youth Development.

According to a statement from the Office of the Secretary to the Government of the Federation, Pius Anyim, the President’s directive takes immediate effect.

The statement, which was signed by the Special Assistant on Media to Mr. Anyim, Sam Nwaobasi, directed Mr. Abdul-kadir to hand over to the permanent secretary of the ministry.

The President expressed appreciation to Mr. Abdul-kadir for the time he put in the service of the nation and wished him success in his future endeavours.

“Mr. President expresses appreciation to the Former Minister for the time he put in the services of the nations and wishes him success in his future endeavor,” it said.

Although, the statement was silent on the reason for Mr. Abdul-Kadir’s sack, presidency sources said it might not be unconnected with his closeness to the governor of his home state, Sokoto, Aliyu Wamakko.

The Sokoto state governor recommended Mr. Abdul-Kadir for the appointment when his (Abdul-kadir) predecessor resigned to contest the governorship primaries of the Peoples Democratic Party, PDP, in 2011. Mr. Wamakko was also an aspirant in the primaries and eventually emerged the party’s candidate before winning re-election.

A presidency source claimed that Mr. Abdul-kadir is an interim official of a new political association, Voice of the People, VoP, floated by Mr. Wamakko and five other PDP governors; and now seeking the nod of the Independent National Electoral Commission, INEC, as a party.

It was gathered that the former minister may have been functioning as the protem secretary of the new group.

Apart from belonging to the parallel faction of the governors’ forum, the governors are also believed to be opposed to the undeclared second term aspiration of Mr. Jonathan.

Some of the governors had also visited some former leaders of the country in their acclaimed bid to save its democracy. In the course of the visit, they canvassed the removal of Bamanga Tukur as the national chairman of the PDP, an alleged move to get at the President.