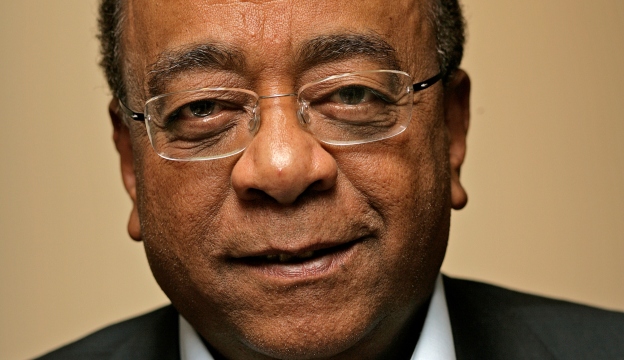 Nigeria has been rated one of the worst governed countries in Africa based on the 2014 Ibrahim Index of African Governance [IIAG], which was released on Monday.

While Nigeria got the damning rating by the IIAG, Mauritius is adjudged the best governed country in Africa, with 81.7 per cent, followed by Cape Verde, with 76.6 percent.

IIAG is sponsored by the Mo Ibrahim Foundation, MIF, a non-grant making organisation committed to defining, assessing and enhancing governance and leadership in Africa.

It presents annual assessments of the quality of governance in African countries. It also provides the framework for citizens, governments, institutions and the private sector to assess accurately the delivery of public goods and services, and policy outcomes, across the continent.

Other countries that made it to the top of the list included Botswana which is rated the third best governed country in the continent with 76.2 percent and South Africa which comes fourth with 73.3 percent.

With a population of 173.6 million and population growth rate pegged at 2.8 percent, Nigeria’s Gross Domestic Product, GDP, is put at $3013.3 USD, while inflation and unemployment rates stand at 8.5 percent and 13.7 percent, respectively.

Nigeria also received appalling ratings in such categories such as safety and the rule of law where it is rated 44th with 38.1 per cent, 32nd in the rule of law with 41.0 percent and 30th in accountability with 36.6 percent.

Under participation and human rights, the country is rated 26th with 46.9 per cent, 31th on sustainable economic opportunity with 43.3 per cent and 34th in human development with 53.0 per cent.

The Founder and Chair, Mo Ibrahim Foundation, Mo Ibrahim said the 2014 IIAG has revealed discrepancies in governance performance between countries and within the four conceptual categories.

“More than ever, these discrepancies call for an Afro-realist approach, which tempers historical Afro-pessimism and current Afro-optimism,” Mr. Ibrahim said.

To have a true grasp of African realities, he argued that one must reject the “one-size-fits-all” attitude, which he said, reduces the continent geographically or governance conceptually, in favour of a more granular approach.