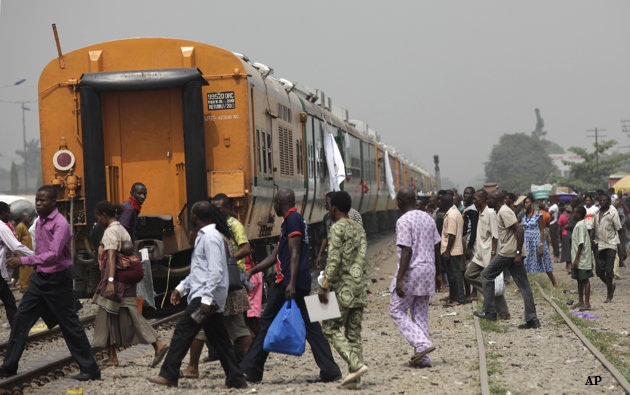 (AP) — Nigeria has rebuilt and reopened railroad tracks connecting Lagos, its commercial heartbeat in the south, to Kano, its largest city in the north, in a $166 milllion project meant to revive the railway system of Africa’s most populous country.

Minister of Transport Idris Umar described the new route as a “vital start-off” for the economy, at a launch ceremony held at Lagos’ Ebute-Metta Terminus Friday.

Tracks connecting the cities, 720 miles (1160 kilometers) apart, were first built in 1912. But neglect, and corruption, made about 70 percent of the tracks unusable as of early last year.

The railway is also China’s first big project as it tries to make inroads in the West African nation. The China Civil Engineering Construction Corp. had the contract to rebuild the railway to the central city of Jebba. The other leg of the railroad, from Jebba to Kano, was rebuilt by the Nigerian company, Costain West Africa PLC.

Trains offer affordable transportation for many in this oil-rich but impoverished nation. However, most long-distance passengers travel in piteous conditions.

A car of the inaugural Kano-bound train was packed, with people struggling for seating space and cool air.

“If not for poverty, I would have taken the bus,” said Michael Olaoluwa Peters, a 36-year-old soccer player.

His trip to the southern city of Abeokuta would have cost him the equivalent of $4, but cost only $1 by train. The price difference is even greater for those going all the way to Kano. Read more…