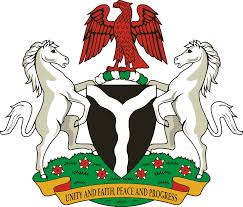 ABUJA, Nigeria — Nigeria’s House of Representatives voted Thursday to ban gay marriage and outlaw any groups actively supporting gay rights, endorsing a measure that also calls for 10-year prison sentences for any “public show” of affection by a same-sex couple.

Representatives appeared to unanimously approve the proposal in a voice vote, sending it immediately to President Goodluck Jonathan for him to potentially sign into law in Africa’s most populous nation. It wasn’t immediately clear if Jonathan would sign the measure, though gays and lesbians already face public ridicule and possible prison sentences in Nigeria.

While Western diplomats declined to immediately comment, the United Kingdom already has threatened to stop aid to nations that discriminate against gays. But those threats appear unlikely to assuage the desire of Nigerian authorities to further criminalize homosexuality, part of a wave of such laws in African nations eager to legislate against what they believe is a challenge of their traditional values by the West.

Related: RushLimbaugh- Slate Calls for Legalization of Polygamy in the US

Under the proposed law, Nigeria would ban any same-sex marriage from being conducted in either a church or a mosque. Gay or lesbian couples who marry could face up to 14 years each in prison. Witnesses or anyone who helps couples marry could be sentenced to 10 years behind bars. Anyone taking part in a group advocating for gay rights or anyone caught in a “public show” of affection also would face 10 years in prison if convicted by a criminal court.