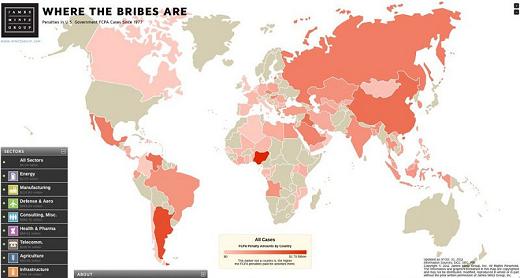 Below is a compilation of just a few indices in which Nigeria ranks proudly at the bottom 10 in the entire world:

#8 – General Corruption: Nigeria is 8th most corrupt nation in the world according to Transparency International 2013 Global Corruption Barometer.

#4 – Police corruption: Nigeria ranked 4th highest in the world for perceiving the police as corrupt, according to the same Transparency survey.

#1 – Being born: The Economist Intelligence Unit, EIU ranked Nigeria the worst place to be born in 2013.

#4 – Population in Slavery: Nigeria with up to 740,000 in slave bondage ranks 4th in the world in modern slave nations, according to the just released Global Slavery Index. Fitting in after Pakistan.

#1 –High Sea Piracy: As the world records lower global stats, thanks to Nigeria, West Africa is now the world piracy capital. According to the International Maritime Bureau reported Nigeria had 11 of 66 global incidents for the first quarter of 2013. 966 sailors were attacked last year off West African coasts.

#1 – VVF: According to United States Agency for International Development, USAID, Nigeria has the highest prevalence of Vesico-Vaginal Fistula in the world, with over 200,000 patients and an annual incidence at 20,000. That is 40% of the global cases in Nigeria alone.

#7 – Terrorism: Global Terrorism Index (GTI) ranks Nigeria the 7th worst in the world for terrorism over the last 10 years, according to its 2012 assessment.

#2 – Road Traffic Accidents (RTA): In 2012, Nigeria ranked second highest in road traffic accident (RTA) fatalities among the 193 countries in the world according to the Minister of Health.

#1 – Aviation Accident for 2012: In 2012 with over 153 onboard deaths and more on the ground, in the Dana Air Boeing MD83 airline accident, Nigeria had the world’s worst aviation accident.

#4 – Worst City: Despite aggressive transformation by the Lagos government, the EIU in its 2013 annual survey of 140 major metropolises ranked Lagos the 4th worst city in the entire world.

#2 – HIV/AIDS: With an estimated 3.4 million living with the virus, the National Action Committee on Aids (NACA) put the nation as the second worst in the world.

#2 – Electricity: Nigeria is ranked by the World Bank as the 2nd worst in the world in power (electricity) supply. According to the report, 82.4 million Nigerians, half the nation lived without power. India is #1.

#1 – Kidnapping: In the first half of 2013, Nigeria had the most kidnapping attempts of any nation in the world, according to NYA International organization of Crises prevention and response. Recording 26%, over a quarter of all incidents. Mexico was second with 10% and Pakistan 3rd with 7%.

#1 – Oil Spills Worldwide: From Vanguard on November 14, 2012: Nigeria has highest oil spill in the world – Senate; the nation records the highest number of oil spill incidences among oil producing countries with no penalty regime attached to such oil spills

#4 – Oil Spillage Outages: Vanguard reported on October 8th, 2013, that with more than 200,000 barrels per day (bpd) of crude oil being lost to pipeline vandalism, Nigeria ranks 4th worst in the world in oil spillage outages, according to Deutsche Bank and other shipping and industry estimates. Libya, Syria, Iran and lead Nigeria in outages for obvious reasons including recent wars and US sanctions at Iran.

But there is a glimmer of hope in it all. Nigeria actually does take the first position in something great:

#1 – Highest Paid Legislators: The Economist magazine revealed that Nigerian federal legislators are the highest paid in the world with an annual basic salary of $189,500 (N30.6 m).

With the current state and direction of both the government and the people of Nigeria—Africa’s  largest nation and the world’s most populated black country—the nation is not headed for improvement on these shameful rankings, but more predictably to slide further down the ladder into the darkest crevices of the black hole of Calcutta.

The question is: To act or to give-up? And the follow-up question is: If we the people decide to do something, what should and can we do?