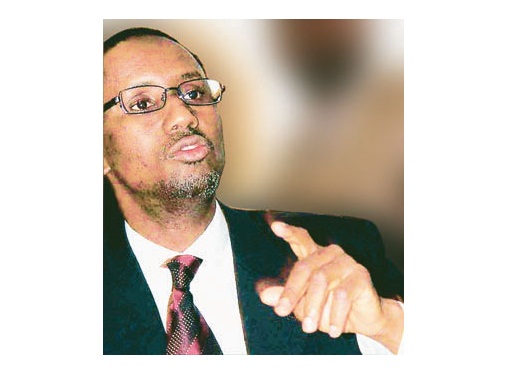 DailyTrust- The Federal Government illegally took N51 billion from the Nigerian National Petroleum Corporation (NNPC) to finance sundry projects including buying a presidential jet and sponsorship of Nigeria’s participation in the World Cup, the Ribadu committee report has said.

A copy of the final report which was submitted to President Goodluck Jonathan on Friday shows that the Federal Government has been dipping its hands into the coffers of the NNPC, thereby placing unnecessary burden on the corporation.

Some of the monies collected from the corporation, according to the report, were N2.23 billion by the Presidency for the purchase of a presidential chopper, and N19.87 billion to finance of a project called PICOMSS Phase 1 on behalf of the Presidential Implementation Committee on Maritime Safety and Security.

The report said the Federal Government directed NNPC to pay N866.2 million for the sponsorship of World Cup, although there was no much detail on the sponsorship.

Also on the illegal expenses list is the payment of Power Holding Company of Nigeria (PHCN) bills for some government buildings.

The report said as at December 2011, government owed NNPC about N6.4billion as outstanding debt.

It said there was a N2.42 billion transaction between the Federal Government and the Royal Swaziland Sugar Company which the NNPC was asked to finance.

Also, NNPC on the directives of the Presidency gave the Bureau of Public Enterprises (BPE) a loan of 798.6 million which is yet to be repaid.

The Federal Government further took a N700 million loan from the NNPC for Sao Tome and Principe, as well as another N673 million for the start-up operation of the Nigerian Content Development Monitoring Board.

NNPC also paid N563 million on government’s directive for the storage cost on illegal bunkering, with additional N521 million to settle some expenses incurred by Federal Ministry of Petroleum Resources.

The corporation paid N250 million legal expenses in a case between the Petroleum ministry and the South Atlantic, and N128 million to settle the wind energy project carried out by Lahmeye International for the Science and Technology ministry.

The Petroleum Revenue Task Force report was submitted to the President on Friday amidst controversy when two members rejected its findings.

But committee chairman Nuhu Ribadu insisted that the panel did its homework and that the dissenting members—Steve Oronsaye and Bernard Otii—were compromised with government appointments.

Yesterday, Ribadu said in a post on Facebook: “I have made my choice to stand with the Nigerian people, to place national interest before any other. Knowing that a good name is better than silver and gold.” Link: http://www.dailytrust.com.ng/index.php/other-sections/lead-stories/180318-ribadu-report-fg-illegally-siphoned-n51bn-from-nnpc