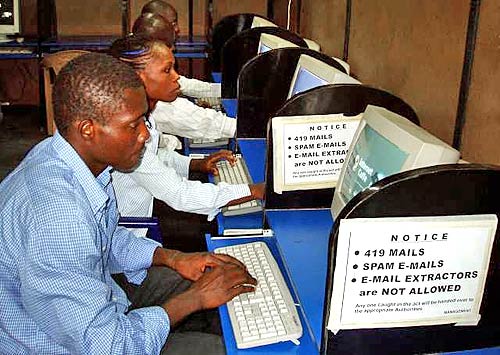 NewsRescue- Flying from New York to Boston, I think about my home country, Nigeria- Africa’s most populous nation.

My dear motherland is being torn up right now, along with the rest of the world.

Every country this 2012 has its peculiar problem, some, like those in Europe and the Middle East are battling severe consequences of globalization and unchecked modernization. The global recession is not due to climate change, overpopulation or other more natural phenomenon, it is due to human activities. Sins, greed, corruption and criminality. A shame, because these can be checked, but as arrogant beings, we yet fail to.

As a result you have occupy wall street riots all over the western world which started from New York. In Europe we have severe economy collapses and the resulting chaos and riots that these bring. In the Middle East, due to the similar hardships caused by inadequate management of resource and government corruption, we have had several governments toppled.

But we must notice that not only the Middle East had its governments toppled due to the global economic and hunger crises, several European governments have in the same period had their leaders sacked due to the same sins, and more are on the path.

Africa on the other hand is having it good.

To the great surprise of those who see Africa as that place that is always worst off, Africa remained relatively insulated to these sin-wrought corporate greed, economic collapses.

A cover story we all read was how Portugal begged Angola for assistance. Indeed Europeans are increasingly migrating to Africa for jobs and a new life.

Now here is where Nigeria comes in.

I look at Nigeria from a very vantage position. Safe in my abode in New York. This birds eye view grants me a certain difference that Nigerians on the ground may not easily have. I appreciate that view as my plane flies over land and I see people, cars speeding in opposite directions, hurrying to get where others are hurrying to leave.

And I regret to notice that a Nation which was in the past few years marked as one of a few most rapidly expanding and developing, with phenomenal economic growth, has decided to take upon itself a unique problem at that one time in its recent history that it could be a beacon and shining example to the world.

As though its enemies do not wish it to shine, perhaps the likes of Lagarde, the world IMF leader who was accused of intentionally stoking hardship in Africa by convincing its puppet leaders to suddenly remove oil subsidies, which was a clear recipe for riots and chaos(Most agreed except South Africa’s Zuma who gave her a cold shoulder).

Nigeria is rapidly destroying itself with its own unique character problems, what I regard to as sins.

Everyday on the news we hear some traumatizing story from Nigeria of death, blood, hate and cries for war. Everyone is a party to this. Some Nigerians call for a bloody separation of the nation. Others call for Islamization.

But the calls for these events are the better part of the story. What is scary and pathetic is the attitude of Nigerians. I read discourse online and it appears that Nigerians have lost their soul. They have lost their humanity. That simple human response that when a person is down, you stretch out a hand and raise him up. Not so in Nigeria today. When a person is down, we Nigerians ask- who is he? Is he one of ours or one of theirs. And if he is one of theirs, we either kill him or praise those who do.

If a bombing takes place, Nigerians jump and declare war on every person near by who they suspect may be of some similar affiliation with the bomber. There is mob murder every day in the country, no one is innocent and no one is safe. A rumor is spread and the next person beside you is a potential soldier, ready and on his way to kill any one he believes to be the enemy.

In 2001, the president of Nigeria, Olusegun Obasanjo wiped out an entire village in Odi town, Bayelsa state due to a crises, the same year, Zaki Biam ,Tiv town Benue state, an entire village was wiped out by the Nigerian army because some terrorists were suspected to have killed 19 soldiers. There has been no serious call for justice in any of these two events.

Today, after the governor of Lagos arrested an army officer for breaking the law, the army went into mad, savage rampage.

This list goes on and on, there are even episodes of cannibalism, not out of hunger but as an act of war.

But thus paper does not focus on the series of crimes, but rather on the public reaction to these crimes.

In a decent society, when a crime is committed, the government is invoked to resolve this and restore peace through the processes of justice. No one relishes the crime and nor does any one take it upon himself to take justice or rather injustice into his own hands by killing those he suspect are guilty. A person must be tried in court and his guilt proven, as normal people of all faiths do not take the life of innocent persons, a greatest crime in all Faiths of God. This is the normal dictate of civilized society.

Not so in Nigeria. The people have turned into savages. They institute barbarian justice and praise such ‘justice’ in all spheres of their life, on line, in the Mosque, in the Church and in government offices.

Indeed recently the president of Nigeria was famed to be the most cursed at president in the world. But now Nigerians are Internets leading country where death threats, death wishes and death prayers are shared.

A simple look at any newspaper or forum, Vanguard, Tribune, SaharaReporters, NewsRescue, NVS(Nigerian Village Square) and the like, will show comments upon comments swearing and wishing death on entire populations within Nigeria. The government, who are solely responsible for protecting life and establishing peace, are not the recipients of this anger, rather the people are, co-victims of a failed, corrupt democratic government.

Nigeria’s Muslim and Christian leaders are not spared from this, which is what makes the savagery at a disturbing leak. The Christian leader of Nigeria, Ayo Oritsejafor , who hails from the Delta, southern part of Nigeria, recently called for the arming of Christians and declared what would otherwise be tantamount to treason, from a man of his position- that Nigeria must disintegrate.

The Muslim leaders, rather than doing their bidding as human beings and declaring as is enjoined on them in their Holy book, that all terror and acts by such groups are unjust, cower in fear and let their entire community and the Nation down, by making it appear with their silence that they are in support of these unscrupulous elements.

The result is that there is anarchy on line and on the ground in Nigeria. Nigerian’s are becoming more and more, no better than mere savages, dressed in Gucci shoes and carrying Louis bags. Truth has no meaning any more, justice has been wiped out from the dictionary. The media is caught in the web, lying so many lies to paint the pictures they prefer from a us-against-them point of view.

The media keeps lying, claiming that Nigeria is roughly divided North and South between Muslims and Christians. A painful lie for all the Muslim predominant southern states and Christian dominant Northern states.

I recently read a story where A fought and killed B, and the media wrote the caption of the story as- B having attacked A; even though within the story it could clearly be seen that though party B may have made some forgivable trespasses, it was not them that struck A, but rather A that killed B. Human beings say- Lord forgive us our trespasses as we forgive those who trespass against us, but now, Nigerians are no humans, but mere savages. Watched from all over the world in the rot and evil.

Contesting with Mexico in kidnapping for money.

Contesting with Iraq in civilian bombing.

Contesting with Somalia in high sea piracy: Nigeria is now responsible for one tenth of the piracy crimes in the entire world.

Contesting with Sudan in ethnic displacement and genocide.

But honestly, what decency do you expect from a people who sell their kidneys to buy cars?

A most corrupt Nation… the only recent accolade Nigeria got, from Durex condom manufacturers, was, being the most sexually active and sex fulfilled country in the world. Yes, we can pride ourselves of one thing. We are now the worlds best savages, savages in Jeans.