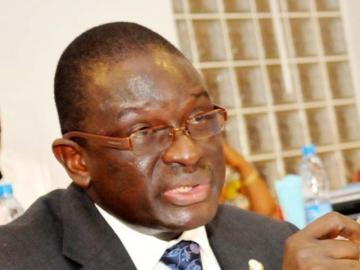 Jos is rife with inter-ethnic land-ownership and usage riots and an almost frank war between its Birom farmer Christians and Fulani, cattle-rearer Muslims. The Berom have most recently of note, in August last year, killed and in a weird group ‘cannibalism’ act, eaten Muslims, and now the Fulani cattle-rearers are on a rampage.

In an attempted settlement by a panel including Nuhu Ribadu, former EFCC chairman, the Fulani’s complained of being killed by the Berom and demanded over 300 cows taken by the Berom, be returned. The Berom accused the Fulani’s of grazing on and in farm land and allowing cows muddy drinking water sources.

Nigeria’s government has failed to address the territorial, livelihood challenges that make this zone intractably riddled with feud.

Here is the story of today’s murders from Ahram:

Gunmen killed a federal senator and a state lawmaker in Nigeria’s troubled Plateau state on Sunday after the two attended a mass burial for the victims of an earlier attack, an official said.

“The senator representing Plateau north, Gyang Dantong, and the majority leader of the state assembly, Gyang Fulani, were gunned down today by Fulani herdsmen,” said Pam Ayuba, spokesman for the state’s governor.

He added that the two were killed shortly after attending the mass burial for the victims of a Saturday raid, also blamed on the Fulani, a tribe made up of Muslim herdsmen.

The area has in recent years been hit by waves of sectarian violence.

After the burial, the officials went to a reception at the home of another local leader in the state’s Gashis district, roughly 90 kilometres (56 miles) from the capital Jos, Ayuba said.

“The Fulani herdsmen raided the house…they shot (the politicians) and some others but the key people who lost their lives are the senator and the majority leader,” he explained, saying he did not know the total number of casualties.

Another federal lawmaker “escaped death by a whisker,” he added.

Asked about the motivation for the attacks, Ayuba said the Fulani were likely inspired by their resentment for the state’s Christian political leadership.

The two victims of the Sunday attack were members of the mostly Christian Birom ethnic group, as were the 23 people killed in the Saturday raid.

In fresh crisis in the troubled Jos, 22 have been reported killed as gunmen, reportedly dressed in military uniform- complete with bullet proof jackets, attacked several villages.