By OMOH GABRIEL in Washington

Jim Yong Kim said these five countries are home to 760 million of the world’s poor, adding that another five countries, Indonesia, Pakistan, Tanzania, Ethiopia and Kenya would encompass almost 80 per cent of the extreme poor. 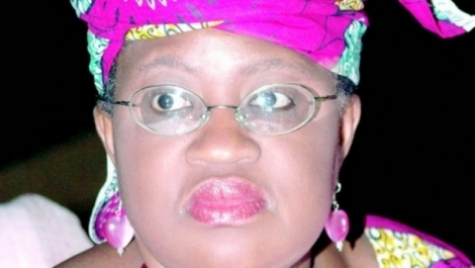 Noting that a sharp focus on these will be central to ending poverty, the world Bank President said “while economic growth remains vital for reducing poverty, growth has its limits, according to a new World Bank paper released today. Countries need to complement efforts to enhance growth with policies that allocate more resources to the extreme poor. These resources can be distributed through the growth process itself, by promoting more inclusive growth, or through government programs, such as conditional and direct cash transfers.

“It is imperative not just to lift people out of extreme poverty; it is also important to make sure that, in the long run, they do not get stuck just above the extreme poverty line due to a lack of opportunities that might impede progress toward better livelihoods. Economic growth has been vital for reducing extreme poverty and improving the lives of many poor people. Yet, even if all countries grow at the same rates as over the past 20 years, and if the income distribution remains unchanged, world poverty will only fall by 10 percent by 2030, from 17.7 percent in 2010. This is simply not enough, and we need a laser like focus on making growth more inclusive and targeting more programmes to assist the poor directly if we’re going to end extreme poverty.”

Kim added: “To end extreme poverty, the vast numbers of the poorest – those earning less than $1.25 a day – will have to decrease by 50 million people each year until 2030. This means that one million people each week will have to lift themselves out of poverty for the next 16 years. This will be extraordinarily difficult, but I believe we can do it. This can be the generation that ends extreme poverty.

“Growth alone is unlikely to end extreme poverty by 2030 because as extreme poverty declines, growth on its own tends to lift fewer people out of poverty. This is because, by this stage, many of the people still in extreme poverty live in situations where improving their lives is extremely difficult. Even if there is no change in inequality, the “poverty-reducing power” of economic growth is less in countries that are initially more unequal.”

Senior Vice President and Chief Economist at the World Bank, Kaushik Basu, said, “It is a sad commentary on our prosperous world that over one billion people live in extreme poverty. It is a welcome call from the World Bank Group to not just mitigate poverty but bring it to closure and also to strive for a more equitable world. To achieve these ends we will need determination, but also ideas and innovation, for the ways of the economy can be strange.”

He noted that the World Bank’s shared prosperity goal, endorsed by shareholders in 2013, provides a window into understanding inequalities of income and opportunities, stressing that while significant progress has been made in lifting people out of extreme poverty, many people remain poor, often due to lack of opportunity.

Tackling poverty requires understanding where the greatest number of poor live, while at the same time also concentrating on where hardship is most pervasive. This entails concerted efforts in countries where large numbers of the world’s 1.2 billion poor live.

The top five countries, in terms of numbers of poor, are India (with 33 percent of the world’s poor), China (13 percent), Nigeria (7 percent), Bangladesh (6 percent) and the Democratic Republic of Congo (5 percent), which together are home to nearly 760 million of the world’s poor. Adding another five countries – Indonesia, Pakistan, Tanzania, Ethiopia, and Kenya – would encompass almost 80 percent of the extreme poor. “Hence, a sharp emphasis on these countries will be central to ending extreme poverty, he said.