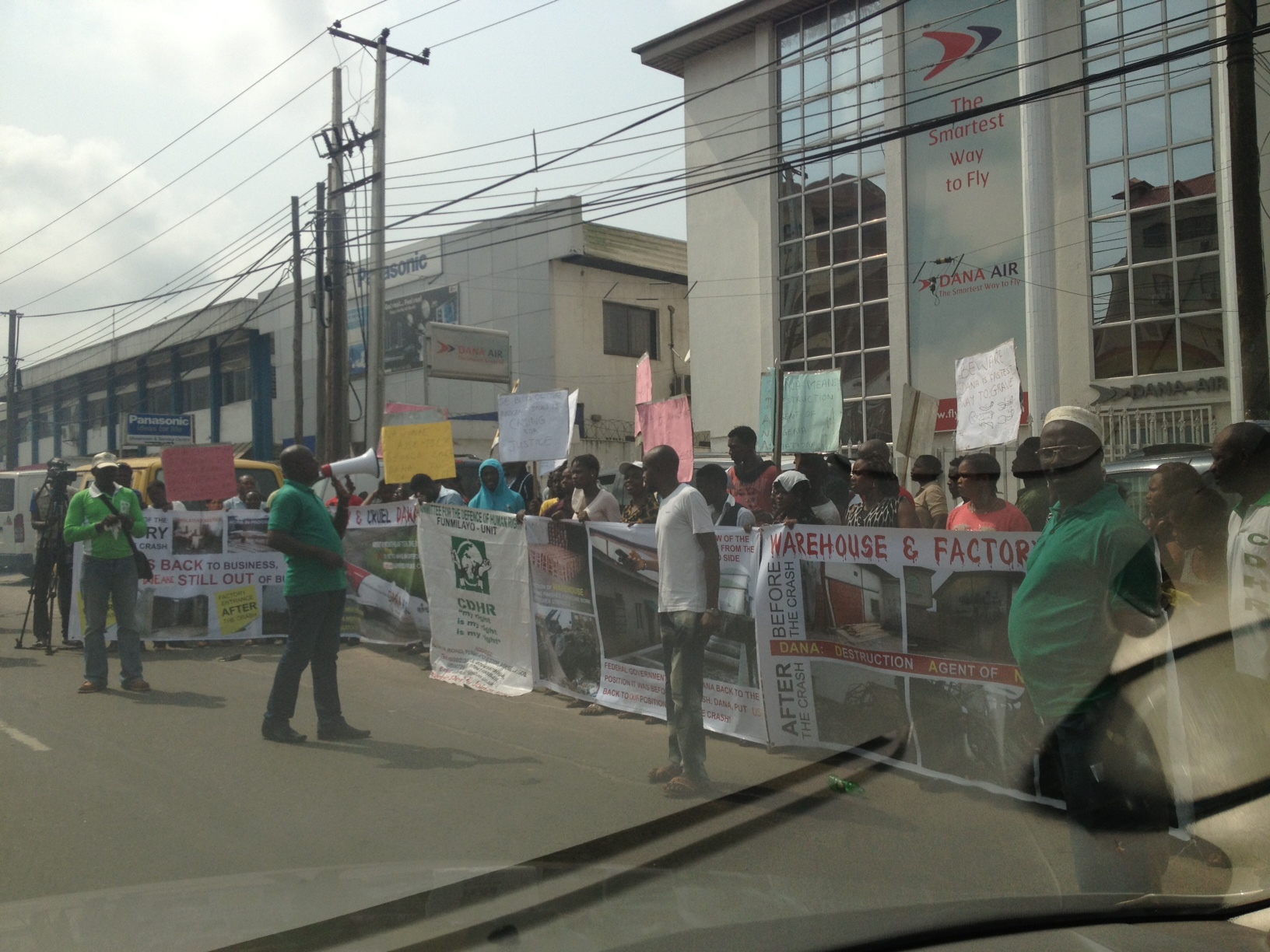 Pastor Daniel Omowunmi, the clergy man whose warehouse and other property were  destroyed by the Dana crash of June 3, 2012, in conjunction with the Committee for the Defence of Human Rights (CDHR) Funmilayo Unit, on Wednesday staged a protest to Dana airlines office at Allen Avenue blocking the entrance of the gate.

As early as 8.30 a.m on Wednesday, the clergy man and  about 100 members of CDHR drove in convoy to the airlines office at Allen Avenue, with members carrying placards with various inscriptions condemning the attitude of the airline.

Some of the inscriptions read, “Dana is death beware, Nigerians please stop flying Dana airlines, Dana mission is to kill and destroy; Dana is yet to pay a dime for property destroyed, Dana is back to business but we are still out of business.

Others are, “the National Assembly should call Dana to orer, the blood of the innocent souls cry for justice, Dana is capable of killing more Nigerians.”

The protest caused gridlock but was managed by the protesters, who designated one of them to control the cars passing through the Allen Avenue road.

At the airlines office, for fear of being attacked, staff of the airline locked themselves inside the airline office in Ikeja, while private security men watched over the building.

A detachment of policemen, who came in a Toyota Hilux car with registration number 2388C, was seen at the airline office maintaining law and order.

Speaking to journalists, Pastor Omowunmi, said that he lost about N500 million to the Dana crash and that  he lost his warehouse,  publishing house, adding “that the airline had not paid him a dime and that Dana was not making any effort to pay.

“They have not paid a dime and they are not even ready to pay. So I think I better come to their door step,” he said.

On why he has not approached the court, the clergy man, said that he would go to court but that court would be the last option.

“I will not leave any stone unturned before going to court. I will go all out after them with everything I have,” he said. – tribune