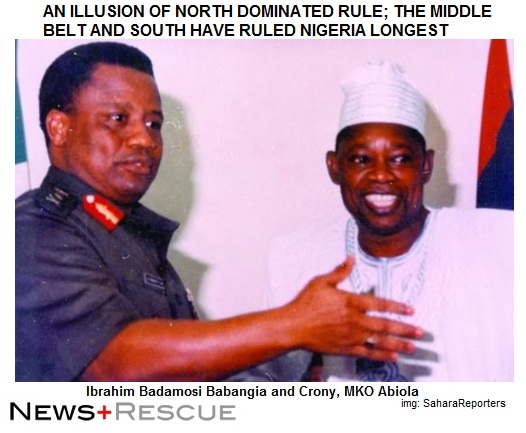 The former military president asked the media to shun such predictions.

A former Military President, Ibrahim Babangida, on Friday said Nigeria would not disintegrate by 2015 contrary to predictions in some quarters within and outside the country.

Mr. Babangida, also known as IBB, made the remark during an interactive session with newsmen at his Uphill Residence in Minna.

He said the current challenges facing the country would make it stronger, rather than lead to its demise.

“I think we should forget about disintegration in 2015, that can’t happen in this country. It is not something that happens in one or two months.

“People say things to instill fear. If the majority of Nigerians believe in the unity of the country, then, why do they worry about someone saying it will disintegrate?

“I know it wouldn’t. People are just crying wolf. Nigeria is one of the amazing countries we have in the world. If you live outside Nigeria and you hear and listen to all that, you will think the world is coming an end.

“But, you need to come and see how Nigerian people are happy, laughing, attending matches and doing other things; that is Nigeria for you,” he said.

He advised media professionals to stop giving prominence to such stories.

“When people say the nation would disintegrate’’, say “that will never happen.”

“You can’t take it away and this is what we all believe in. So, anyone who believes in the unity of this country at any level is a leader.

“What we need is to follow leaders who have good intentions and understanding of what we want to achieve.

“We should also look for people who share the same view and work with them. That is how we will bring a strong leadership”, he said.

The former military ruler will be 72-years-old on Saturday with President Goodluck Jonathan and other leaders felicitating with him.