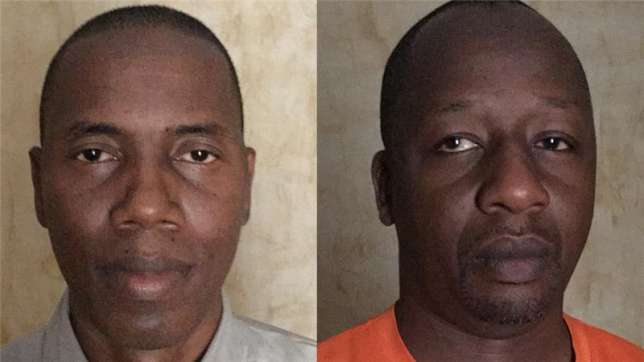 Two Al Jazeera journalists, who were released early April by the Nigerian military after spending 12 days in their custody, have resolved to maintain the lawsuits they initially filed while they were in detention.

The journalists, Ahmed Idris and Ali Mustapha, had through their lawyer, Mr. Femi Falana (SAN), filed a fundamental human rights enforcement suit demanding their release from unlawful detention where they had been held since March 24 in Maiduguri, Borno State.

Messrs Idris and Mustapha, who were ostensibly in Borno to cover the presidential and national assembly elections of March 28, were arrested and confined to a hotel room by the military for allegedly loitering in restricted areas without the necessary permit.

Falana, who spoke with a PUNCH correspondent on the telephone on Monday, said in view of the release of his clients, he might have to amend the suit already filed before the Federal High Court in Abuja, to seek for damages.

“I am in touch with my clients – the journalists and the management of Al Jazeera – they thanked Nigerians for their support and they have instructed me to go to court to ask for damages”, he said.

In a separate statement on Monday, Falana maintained that by virtue of section 35(6) of the Constitution, the two journalists, as Nigerians, were entitled to public apology for their unlawful detention. 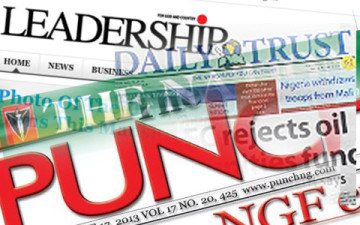 He said, “On Tuesday, March 24, 2015, armed soldiers arrested Messrs Ahmed Idris and Ali Mustapha-two Al Jazeera journalists in Maiduguri, Borno State. The Army authorities justified the arrest by claiming that they were ‘loitering’ in an unauthorised place. They were restricted to a hotel room in Maiduguri surrounded by armed gendarmes. Our demand for the immediate release of the journalists from military custody fell on deaf ears.

“However, following the institution of a fundamental rights application at the Federal High Court at Abuja to secure the immediate release of the journalists last week, the Army authorities hurriedly transferred them to the Department of State Service. Yesterday, the DSS set them at liberty without any conditions.

“They have since regained their freedom.

“As neither the Armed Forces Act nor the constitution permits the Nigerian Army to arrest and detain journalists or non-military persons for that matter, the violations of the fundamental rights of Messrs Idris and Mustapha to liberty and dignity and freedom of movement for over a week cannot be justified under the law.

“Since both journalists are Nigerian citizens they are entitled to public apology and compensatory damages payable by the Nigerian Army by virtue of section 35(6) of the Constitution which states as follows: