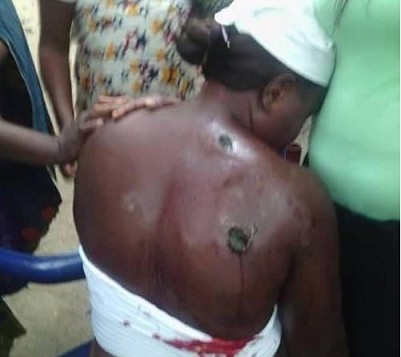 If what is going on now in the political landscape is anything to go by, Nigerians should guide their loins for the danger ahead as PDP leaders get desperate over next month Presidential elections. There is total disquiet and confusion in the House of PDP as events of 2015 draw near, and the centre can no longer hold in the house of a party that once described itself as the biggest party in Africa.

I have alerted Nigerians during the formative stages of APC that PDP will not go down without a fight, given the unparallel attacks and bombs thrown at the progenitors of APC in those days. A party that says it will rule Nigeria for 60 years is now gasping for breath and fighting for survival. How are the mighty fallen? More than 70 branded Hiace buses were to be moved from Kaduna to Kano for Jonathan’s campaign but no driver volunteered to drive any of the vehicles for fear of the power of the people. PDP was supposed to pick a powerful northerner to head President Jonathan’s campaign organization but no serious person had the courage to pick the job. Open the pages of newspapers, you will see endorsements and endorsements for APC candidate Buhari. The house called PDP is giving way gradually, it is going down gradually, it is collapsing systematically and it is sinking slowly.

In Port Harcourt yesterday, during the flag-off of Buhari’s campaign, one person was feared dead and many others seriously injured when armed youths shot at vehicles moving supporters of thr APC to the venue. In Lagos, PDP has been training thugs in the name of FERMA, importing arms, and arming them for the task ahead. In the Niger Delta, Alhaji Asari Dokubo, Tompolo, Chief Edwin Clark, and others are importing huge arms—also with stolen money—for the showdown if President Jonathan fails to make it on February 14. Across the country, stories of arms build-up and training of thugs are filtering in.

Buhari of 2003, 2007, and 2011 is no longer the same as Buhari in 2015. Buhari in 2015 has become dynamite, explosive, a game changer, a fortress, a smoking gun, an avatar, the numero uno, the political bulldozer, the caterpillar. Machine gun, a hurricane and a colossus. To ignore the movement now is to play to the gallery, to dismiss his build-up now is to lie to yourself, and to set aside his potential now is to be economical with the truth. Calculations, equations, and permutations have changed and they are turning almost 360 degrees. It is a complete turn around. The momentum is there. The speed is there, the dynamism is there and the force is there also.

As things stand APC needs to wake up to devise ways to protect its members and teaming supporters. The potentially dangerous elements in PDP and their agents have nothing to give Nigeria now except agonies, tears and blood. Having decimated and desecrated a promising country PDP is now ready to give Nigerians serpents instead of fishes, stones instead of bread and urine instead of water. A Punch Newspaper editorial of December 23, 2014 captured it explicitly: “It is sad to note that there is an instinctive conclusion among the Nigerian public that the Jonathan government is the most financially corrupt, fiscally irresponsible, politically insensitive and socially disconnected in Nigerian history. It is all evident that President has failed badly to build a credible, honest and minimally effective government for almost half a decade that he has been president. This is regrettable indeed.”

APC is not PDP and it can never be. Unless you vote in APC and try them for at least four years, you cannot do an objective comparison between APC and PDP. APC stands for good governance, national security, economic development, human capital development, land and resources development, active foreign policy. APC will fight impunity and abuse of power. APC will fight political irresponsibility of wealth without work and politics without principles.

We have shed enough blood in this country and God forbid that we should travel that road again. Governor Ayo Fayose of Ekiti State is relying on the military and the police to remain in power. PDP and its drivers are relying also on the powers of the army and police to remain in power at all cost. Can these vital and strategic institutions fail Nigerians again in this election year? Time will tell.